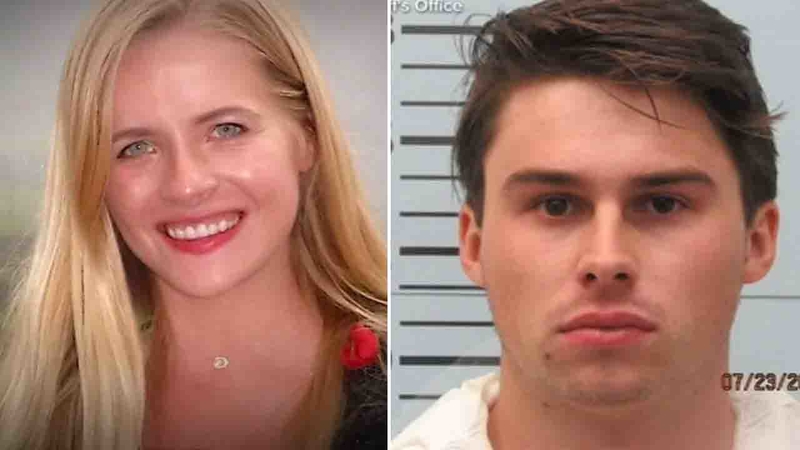 OXFORD, Mississippi -- Authorities have arrested a University of Mississippi student from Texas, saying he killed a female student whose body was found last weekend not far from the Ole Miss campus.

Lafayette County Sheriff's Major Alan Wilburn said 22-year-old Brandon A. Theesfeld of Fort Worth has been charged with murder in the death of Alexandria "Ally" Kostial. The 21-year old woman from St. Louis was found dead Saturday night near a lake about 30 miles from the university grounds.

Our thoughts and prayers are with Ally's mom and dad, the rest of her family and friends, and the Ole Miss and St. Louis County communities. It's obvious that she was a special woman who brought light to a lot of people. https://t.co/1FYAvN8XGN

Theesfeld was arrested Monday afternoon and booked into the county jail.

Authorities haven't said how Kostial died, but her death has shocked many in and around the Ole Miss community.

Ole Miss spokesman Rod Guajardo said Theesfeld, a student of business administration, has been suspended from the university.

Kostial was studying for a bachelor's degree in marketing. The woman's father, Keith Kostial, posted on Facebook that his daughter had been attending summer school and teaching fitness classes at the university.

"I know my son is innocent," the father said. "And I have reasons to believe that I can't share anything now. But I would ask everybody to please give him the presumption of innocence until proven otherwise."