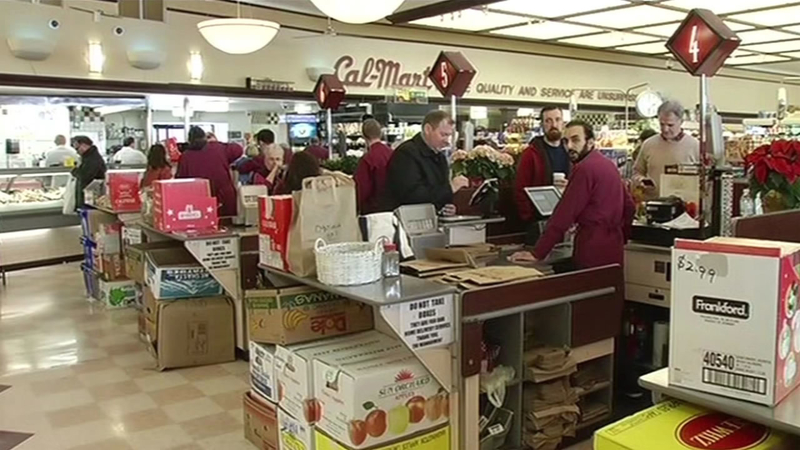 SAN FRANCISCO (KGO) -- The last minute rush is on in the Bay Area as people are out buying last minute goods for Thursday's Thanksgiving feast.

By late Wednesday afternoon people waiting to drive into Trader Joe's were getting testy. At the Cal-Mart on California Street, getting around alsi proved to be a challenge.

"I have to be careful not to hurt some people in the store, a guy my size going around," said shopper Po Bronson.

"It's maddening, it's crowded, but I like it. It's the feeling of a good Thanksgiving day,' said Beverly Coghlan, a shopper.

Some were smarter and got their stuff delivered. For the procrastinators, there was a price to pay for waiting until the last minute to order that turkey.

"We've actually run out of sizes already. I have a lot of my small birds that are gone. The birds I have left at 16 to 20 pounds, 20, 24," said Dominic Antonelli of Antonelli Brothers.

While some have been cooking Thanksgiving dinner for years, it's always nice to meet a novice with great enthusiasm.

"I'm just going to spend time with my family tomorrow and cook. I haven't made so many things in one day, but it should be good," said Christina Adamo, a shopper.