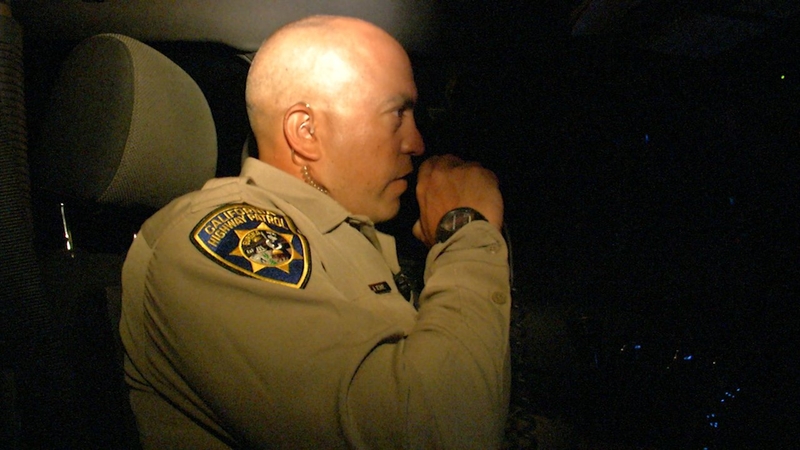 CORTE MADERA, Calif. (KGO) -- At the California Highway Patrol's Corte Madera office, the graveyard shift is getting underway. It's nearly a quarter to 9 p.m. and some of the department's youngest officers are about to hit the road. Most are in their 20s, but one of these new officers is a little older. Officer James Kyne is 41.

He's just about to wrap up his first year patrolling North Bay highways.

He was a leader at the academy. Aside from some ribbing, he says he was treated like any other cadet.

"There was a lot of old man jokes, I never felt like I wasn't accepted because of an age, you know, because I was able to compete with them. Shoot as good as them. Drive as good as them. The one thing that I was always lacking was be able to run as fast as them," said Kyne.

This is a second career for Officer Kyne. He spent the first 20 years in the Navy, doing tours in Afghanistan, Iraq, and hunting for pirates in Somalia.

He believes age and experience give him an edge over younger cadets.

As for Hollywood's portrayal of a real life officer similar to him, Officer Kyne says he will be watching "The Rookie."

"It will be interesting to see what Hollywood says and what this guy's real life experience was, and how it was parallel to mine," said Kyne.

Officer Kyne says, yes, his age may create challenges, but nothing can keep him from following his dream.

"This is a young man's job," he said, "but I honestly believe if you have the heart and desire to do anything, then you know you are never too old to go for it."