GILROY, Calif. (KGO) -- On Thursday night, yet another huge showing of support for the victims and survivors of Sunday's deadly shooting at the Gilroy Garlic Festival.

At a Downtown Gilroy vigil, the focus was on the strength of the city and what residents are doing to overcome the overwhelming amount of sadness and loss.

Only days after Sunday's devastation, Downtown Gilroy was filled with thousands.

In the crowd, supporters, survivors and clear signs of strength. Residents told ABC7 News they are ready to heal and reclaim their sense of security.

"I think, in a bad situation, I think it went the best it could," resident, Diane Vertullo said.

Out of an abundance of caution Thursday, Gilroy PD combed through the crowd. Along Monterey Road, surrounding businesses offered support to families of those who were killed.

"We thought it'd be appropriate that we donate 100-percent of the sales to the families and the affected victims," Eric Ingram, co-owner of Promised Land Brewing Company told ABC7 News.

It's said these relief efforts are reflective of the spirit of Gilroy.

Posters held above the crowd showed pictures of the three victims killed in Sunday's shooting-- 6-year-old Stephen Romero, 13-year-old Keyla Salazar, and 25-year-old Trevor Irby. Within the crowd were many others whose lives were spared.

"There were a lot of angels that day," Gilroy Mayor Roland Velasco told the crowd.

Angels like 10-year-old Miranda, who was credited with saving a three-year-old boy whose parents were shot by the gunman.

Miranda's quick response was guided by the active shooter drills she's learned at school. But like the thousands gathered Thursday, the tough 10-year-old said she's continuing to work through the tragedy.

"It's still hard for me just to process everything that's happening and what happened to people," Miranda told ABC7 News. "Innocent people that didn't do anything, or didn't deserve that."

Those experts want to keep the conversation going to keep Gilroy Strong. 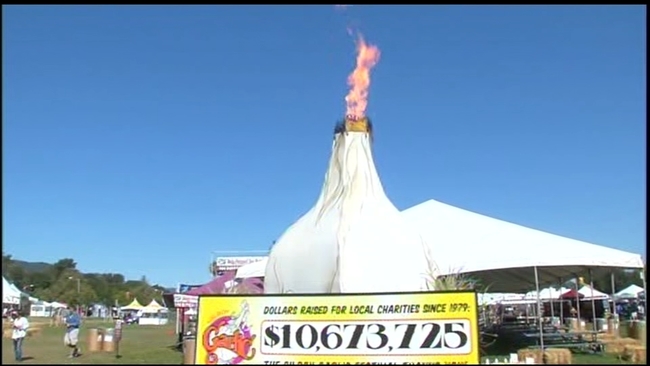