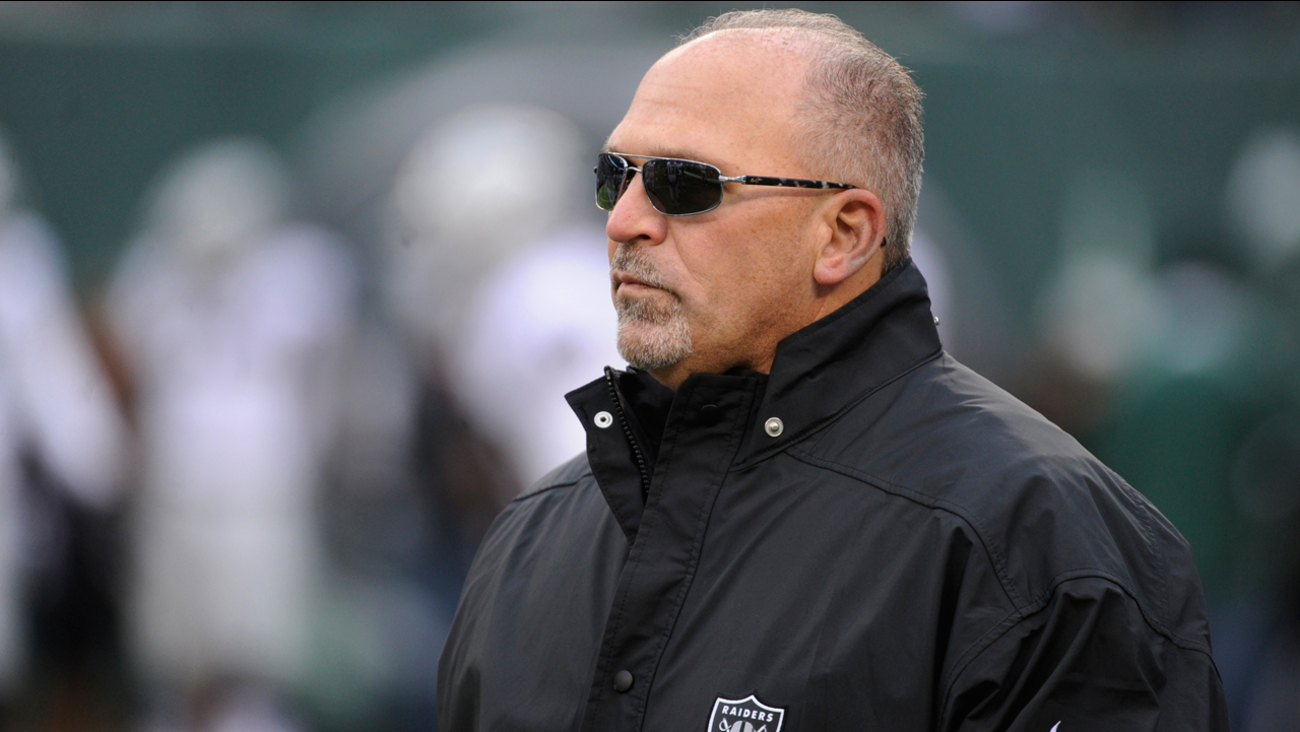 Tony Sparano, a former interim head coach of the Oakland Raiders and tight ends coach for the San Francisco 49ers has died at the age of 56.

Sparano was the interim head coach of the Raiders in 2015. He was also a tight ends coach for the San Francisco 49ers in 2014. He also had been the offensive line coach of the Minnesota Vikings since 2016.

Sparano had complained about chest pains and went to the hospital Thursday, a source told ESPN's Chris Mortensen. Sparano underwent tests and was released Friday. The source said Sparano's wife found him unconscious Sunday morning as they prepared to leave for church but could not revive him.

"Our hearts go out to Jeanette and the entire Sparano family as we all mourn the loss of Tony," Vikings owners Mark and Zygi Wilf said in a statement. "Tony was a passionate and driven individual who cared deeply about his family, and especially enjoyed spending time with his grandchildren. Tony's presence within the Vikings organization will be deeply missed. We are only thinking of Tony's family during this incredibly difficult time. We ask that the entire NFL and Vikings family keep the Sparanos in their thoughts."