How will the total solar eclipse affect your animals? 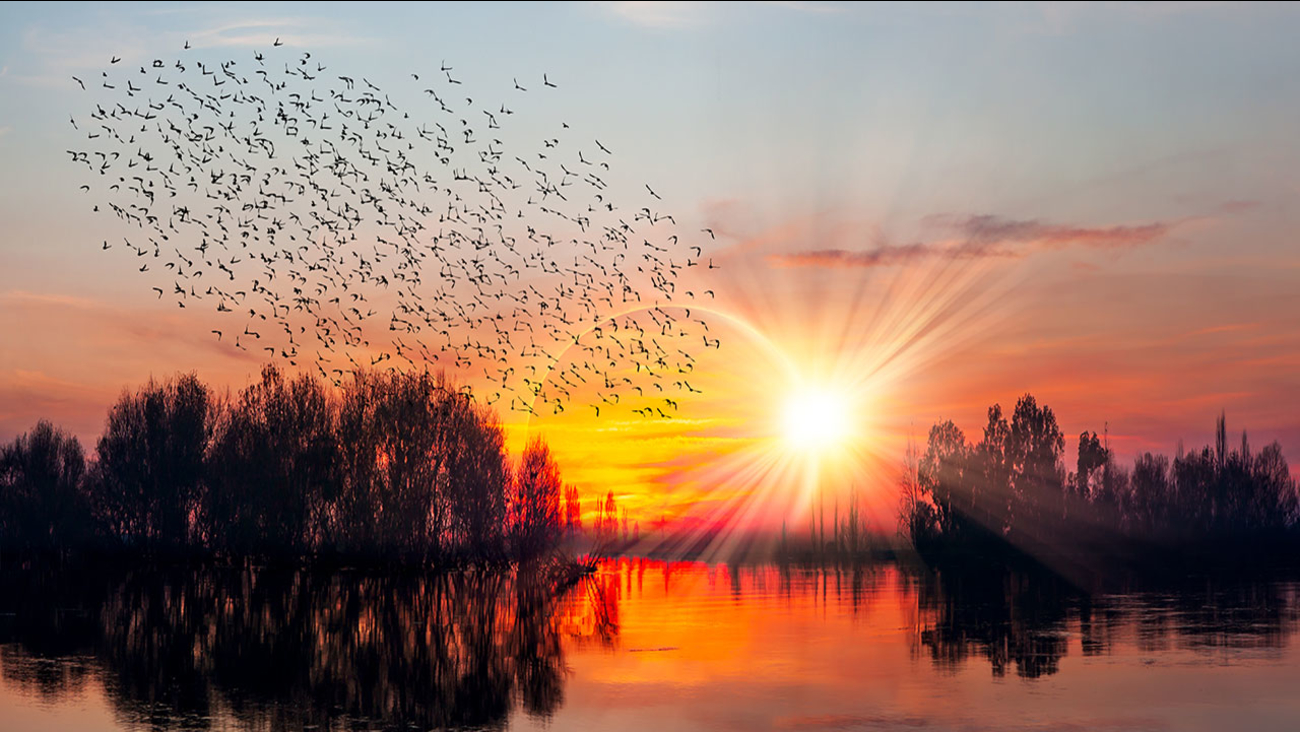 Birds fly away during a solar eclipse. (Shutterstock)

When the sky goes dark during the Great American Total Solar Eclipse , about 99.4% of the sun will be covered, raising questions about what that will mean for pet and wild animals whose daily routines are driven by the cycles of night and day.

"It has been reported during many eclipses that many different animals are startled by totality and change their behavior thinking that twilight has arrived. You can explore this yourself with your own pets, or by watching local wildlife, especially birds," NASA writes on their website.

During the eclipse, the moon will pass between Earth and the sun, casting its lunar shadow across a path that extends from Oregon to South Carolina. As the moon's shadow begins to block the sun's light, parts of the sun's fiery disk will continue to be visible.

The eclipse might affect the behavior of certain animals. For instance, farm animals such as cattle may think nighttime is approaching as the sky darkens and thus may decide to head back to the barn, said Angela Speck, director of astronomy and a professor of astrophysics at the University of Missouri, said at a recent news conference with NASA.

In addition, insects and frogs might start chirping, just as they do during dusk on summer nights. Birds may also be fooled into thinking it's nightfall, and may start "making lots of noise to show you that they're getting ready to go to bed," Speck said.

"The nighttime comes so fast, and I don't think we have good data on this, so it's actually going to be really interesting to see what happens," Speck said.