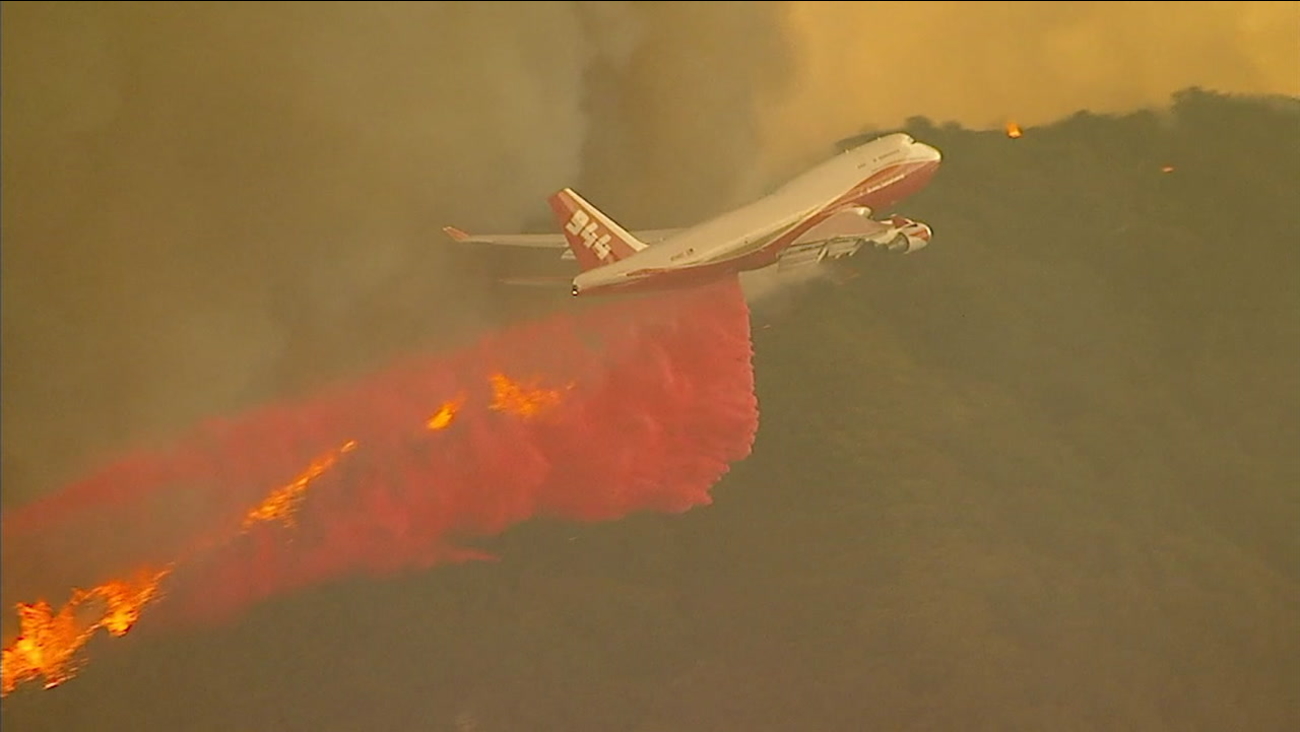 An airplane fire retardant drop is shown as firefighters battle a 4,000-acre brush fire in Orange County's side of the Cleveland National Forest. (KABC)

TRABUCO CANYON, Calif. -- A fast-moving brush fire in the Cleveland National Forest prompted the evacuation of communities and campgrounds near Trabuco Canyon on Monday.

The blaze, dubbed the Holy Fire, was first reported around 1:30 p.m. near Holy Jim Canyon and Trabuco Creek roads - across the main divide between Orange and Riverside counties.

The Orange County Fire Authority initially said the blaze burned between 7 and 10 acres, and one structure was lost. Authorities said the fast-moving fire charred about 4,000 acres by nightfall and was 0 percent contained.

A Red Cross evacuation shelter was set up at the Bell Tower Regional Community Center, 22232 El Paseo in Rancho Santa Margarita.
Communication towers at the top of a nearby hill were also threatened by the blaze, authorities said. Firefighters also mentioned the tough terrain that was making it difficult even for vehicles to access certain areas.

About 600 firefighters were on the scene with water-dropping aircraft and helicopters on the scene.

The fire was burning through medium fuel in the area and appeared to heading away from Orange County as it approached the county line near Riverside County by the early evening hours.

The cause of the blaze was not immediately known.

Click here for more updates on the wildfires burning throughout California.