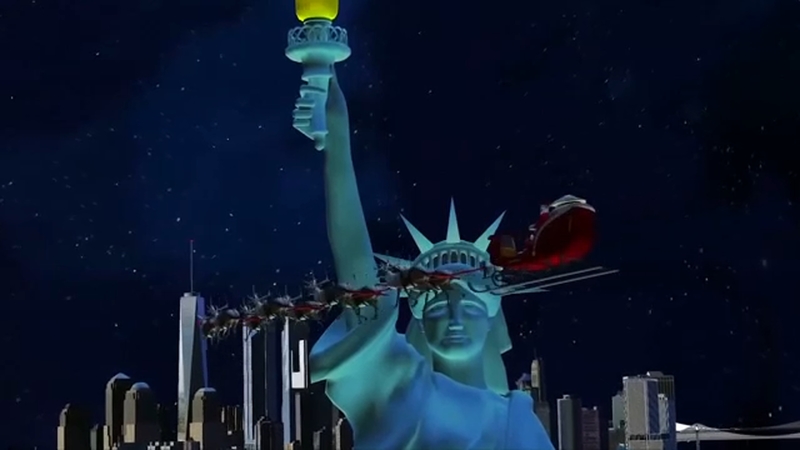 COLORADO -- If the Grinch can't steal Christmas, neither can a government shutdown: It will NOT get in the way of the military's 63-year-old tradition of tracking Santa Claus.

NORAD, the branch of the military that tracks Mr. Claus every year from Peterson Air Force Base in Colorado, said it will still be on the job. The tradition began more than 50 years ago when the wrong number was printed in a newspaper.

In the event of a government shutdown, NORAD will continue with its 63-year tradition of NORAD Tracks Santa on Dec. 24. Military personnel who conduct NORAD Tracks Santa are supported by approximately 1,500 volunteers who make the program possible each and every year. pic.twitter.com/fY0oyjrdDc

NORAD - a joint U.S.-Canadian operation based in Colorado Springs that protects the skies over both countries - has taken over the Santa tracker since the tradition started. The military command center embraced and expanded the Santa-tracking mission and has been rewarded with a bounty of goodwill and good publicity.

RELATED: What is open, closed during federal government shutdown

NORAD has been tracking Santa on Christmas Eve for 63 years with the help of approximately 1,500 volunteers.

It takes 160 phones to handle the calls that pour in. New volunteers get a playbook that briefs them on the questions kids might ask. Big screens on the walls show a Santa icon making blistering progress around the globe. U.S. and Canadian officers do live TV interviews from the phone rooms.