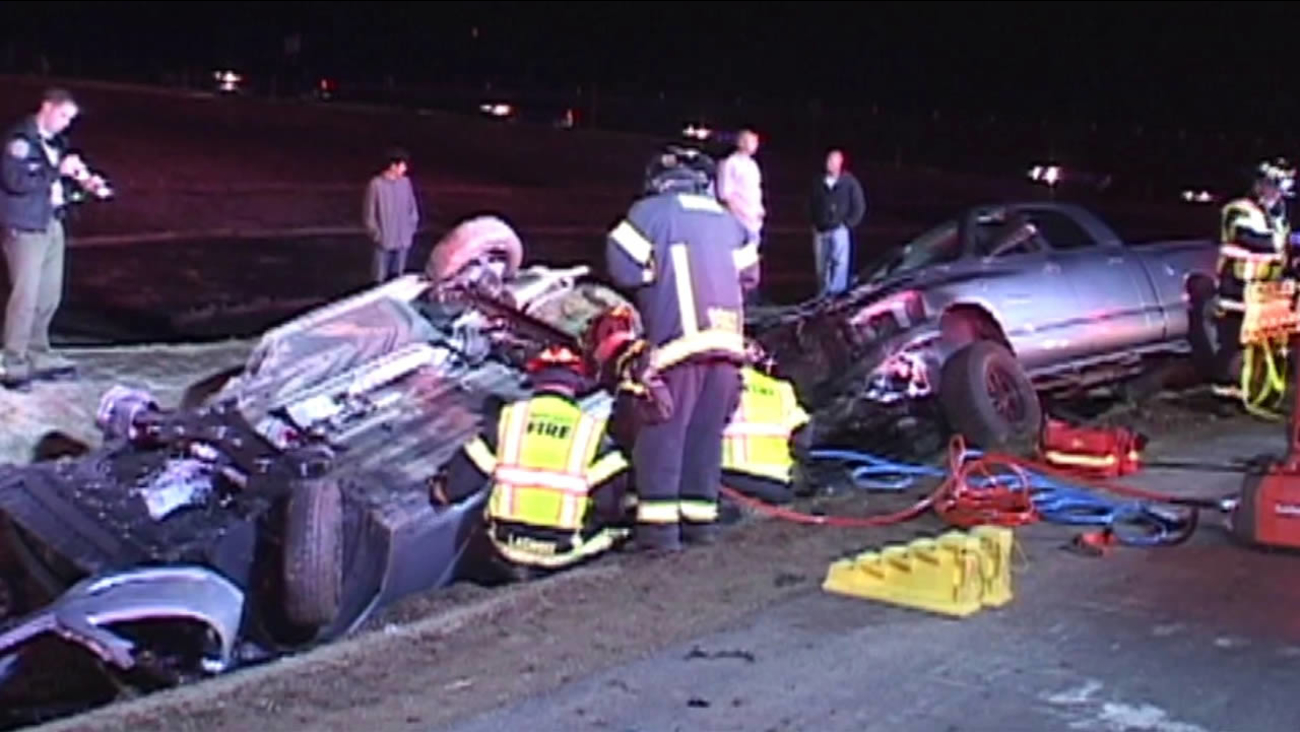 NOVATO, Calif. -- A double fatality due to a wrong-way driver closed southbound lanes of Highway 101 in Novato for a short time Sunday morning.

Officers said the CHP started receiving calls around 12:02 a.m. about a driver traveling the wrong way on U.S. Highway 101 in Novato.

As officers responded to the area, they learned a vehicle heading north in the southbound lanes toward the Marin/Sonoma County line crashed head-on into another vehicle.

The crash was initially reported to be in the northbound lanes, but it occurred in the southbound lanes.

Emergency responders found three vehicles were involved in the crash.

Officers said the preliminary investigation into the crash revealed a man in a 1995 Toyota Camry wagon was traveling the wrong way on the highway and was approaching the Redwood Sanitary Landfill over crossing when he crashed head-on into a 2013 Nissan Sentra with a male driver and female passenger.

Investigators said both vehicles were traveling at freeway speeds.

After the collision, the Toyota came to rest in the center divider, and the Nissan overturned, was hit by a 2006 Dodge Ram pickup truck heading south and ended up on its roof in a ditch.

The drivers of the Toyota and Nissan were both pronounced deceased at the scene. The woman passenger of the Nissan was transported to the hospital with moderate to major injuries.

The driver of the truck was not injured.

The highway was shut down for several hours as crews worked the scene.

Officers said investigators believe alcohol was a factor in the crash.

The identities of the deceased people have not been released.