Call him the BART whisperer: A day in the life of a BART train operator 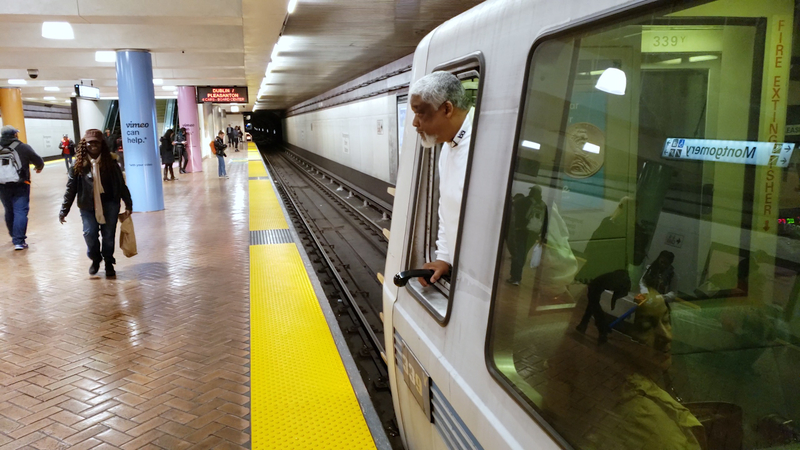 A day in the life of a Bart train operator

SAN FRANCISCO (KGO) -- It's a voice many people hear every day, but most often ignore. They may be too busy listening to music or reading a book to hear Alan Hollie announce the approaching Bart station.

Hollie is a train operator, but he prefers to be called something else - a BART ambassador. If you ever listened to him on the intercom, you would know why.

Hollie likes to name local businesses and attractions to the approaching destination. He said it's because he travels a lot and he enjoys it when an operator in another country shares information.

"There are a lot of people who come to visit the San Francisco Bay Area. I like to give information on my announcement because it may be their first time riding the train," said Hollie.

We followed Hollie for an afternoon as he crisscrossed the Bay on a train.

Watch the video to hear the thoughts and words of advice he shares with Bart riders.