All lanes reopen on I-880 after big-rig overturns, spills fuel 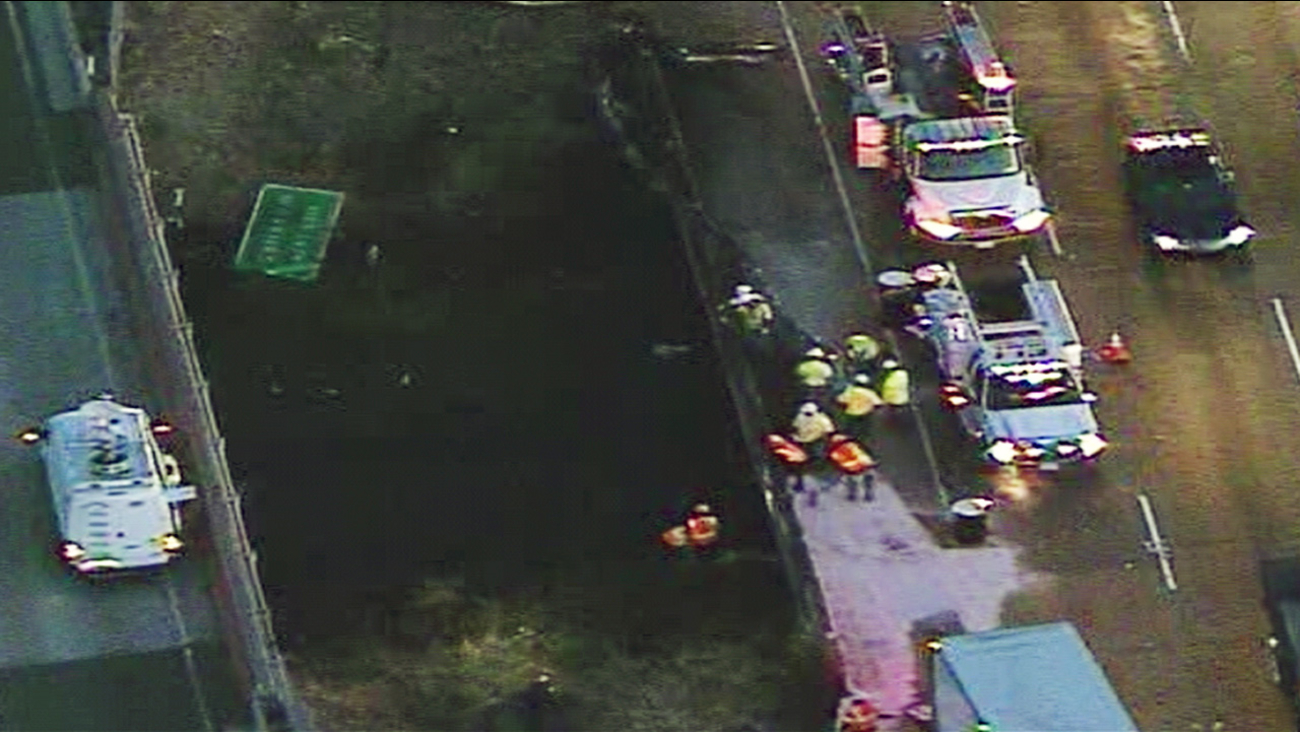 OAKLAND, Calif. -- All lanes of southbound Interstate Highway 880 in Oakland have reopened after a big-rig overturned and spilled diesel fuel early this morning, according to the California Highway Patrol.

The crash was reported at 2:09 a.m. on southbound Highway 880 near Hegenberger Road and initially blocked multiple lanes of the highway, CHP officials said.

Some of the spilled diesel fuel went into a nearby creek and hazardous materials crews responded to clean up the spill.

The far right lane of the highway remained blocked throughout the morning commute because of the cleanup, but reopened as of 8:40 a.m., CHP Officer Ron Simmons said.

Crews remain on the right shoulder of the highway this morning to continue cleaning up and to repair a guardrail, Simmons said.