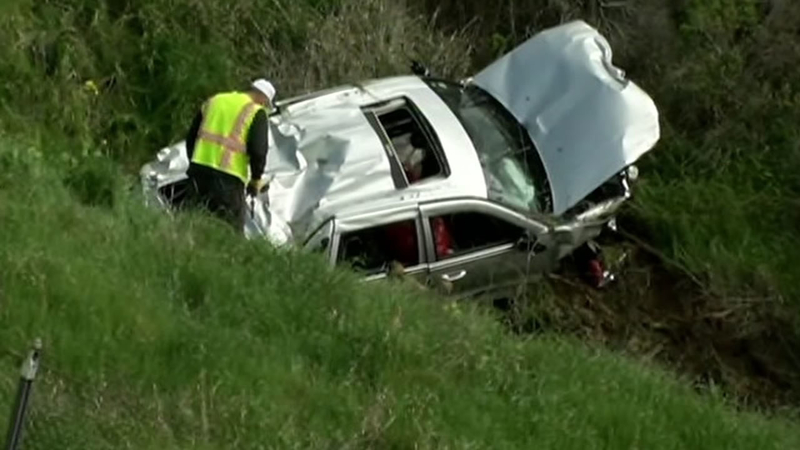 A fatal freeway shooting this morning in Richmond now makes seven reported shootings, all on the same stretch of road, on Interstate 80 in just four months.

The name of the 40-year-old victim has not been released. The car he was driving crashed into a ravine below I-80 near the Hilltop exit. The shooting investigation closed I-80 down for several hours.

Car belonging to victim of Richmond I-80 shooting is being pulled out of ravine where it crashed. #abc7now pic.twitter.com/7TI9ug1YtB

The California Highway Patrol says another car drove alongside firing several rounds into the Jeep and then took off. The CHP believes the shooting was not random, but was targeted.

"Family members heard several shots ring out," said a Richmond resident. "Whether it's gang-related, or not gang-related, bullets can still fly and anyone can get hit, so it's a scary thing."

"I hear they're targeted shootings, but still, you never know. We don't know for sure," Richmond resident Linda Wilkinson said.

Concern is growing in Richmond among residents who are afraid to drive on the highway. There have been seven freeway shootings on I-80 in the East Bay since November. On Feb. 8, a shootout between two drivers on 80 near Appian Way in Pinole, both drivers left the scene. One wound up at the hospital.

On Jan. 12, bullets shattered the back of a family's vehicle after someone opened fire on I-80. In Pinole, a boy was injured from shattered glass. CHP says two people in another car were injured. Both likely targets in a gang related shooting.

In the latest shooting, police have few leads, no suspects, or their getaway car.

The mayor of nearby San Pablo says too many shootings are putting drivers on edge and at risk. "There's seems to be an epidemic right now of people thinking they can pack their guns in their cars and drive by whenever people unhappy with somebody," said San Pablo Mayor Rich Kinney.