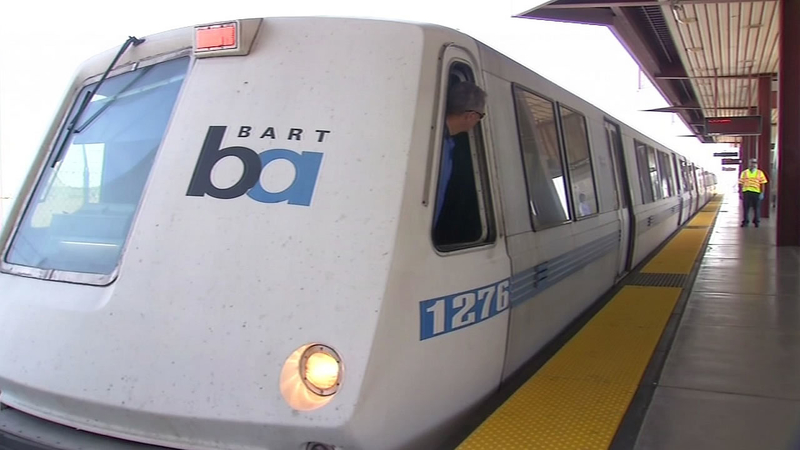 OAKLAND, Calif. (KGO) -- BART is considering new ideas to try to solve the ongoing electrical problem on one section of track in the East Bay.

As service delays continue, passengers and even some BART board members are now saying enough is enough.

A top BART operation employee admitted Thursday they had to set the reset button when trying to figure out what their issue is with this system. It's an especially critical question for the 6,500 riders who depend on BART every day.

The mystery continues at BART where board members were briefed Thursday morning on the electrical issues that's forced serious service interruptions and there are no quick fixes in sight. "I apologize to the board and the public for the inconvenience," BART General Manager Grace Crunican said.

The apologies keep coming, but there is still no clear answer as to why a mysterious electrical problem has put dozens of BART cars out of service. "Quite honestly, the group that's been working on it has followed every lead, every clue, every possibility that we can think of," BART Operations Manager Paul Oversier said.

"I'm an engineer and I'm having a problem with whatever's going on. I don't know what could possibly take so long with so little communication," BART rider Darryl Starr said.

Oversier said a special team of six employees called a tiger team has been assembled to try to determine that cause of a power surge.

Some experts from the East Coast are in the Bay Area trying to help, but the board member who represents east Contra Costa County wants more done. "We've passed the ability to continue to wait for solutions to service that folks have had available to them for 20 years," BART Director Joel Keller said.

In the meantime, BART continues to run special shuttles between the Pittsburg Bay Point station and North Concord. "I don't ride it that much, so it doesn't make that much of a difference to me, but my wife rides it every day and its adding a lot of extra time to her commute," BART rider Tim Curtis said.

"I have no problem with it. BART is doing what they can to help us out, so I'm happy with it," BART rider Kenneth Helmer said.

The track in question is between Pittsburg Bay Point and North Concord. They are having power surges that are damaging the trains.

They're able to run short shuttle trains between the two stations but riders then have to switch trains.

They system gets overloaded when they run full service and they don't know why.

Keller is proposing that the next meeting be in Pittsburg, in the evening, so riders there can attend and vent their frustrations.

RELATED: BART workers on track to get $1,000 bonuses due to increased ridership

There's no word yet on whether they will do that.

BART is also warning riders about an upcoming service disruption this weekend, also in the East Bay.

BART is closing the tracks between San Leandro and Bay Fair Saturday and Sunday so it can do replacement work.

A bus bridge will be set up and trains should be running again in time for the Monday morning commute.

The repair work is scheduled for four more weekends after this one, but BART says it's still planning those dates to work around Warriors games and other events in the East Bay.

The agency is also defending its plan to issue $1,000 bonuses to its employees, despite ongoing track issues.

BART agreed to issue the bonuses as part of contract negotiations to end the strike in 2013.

The San Francisco Business Times reports riders have criticized BART for spending money at the same time the agency is asking for a $3.5 billion bond in November.