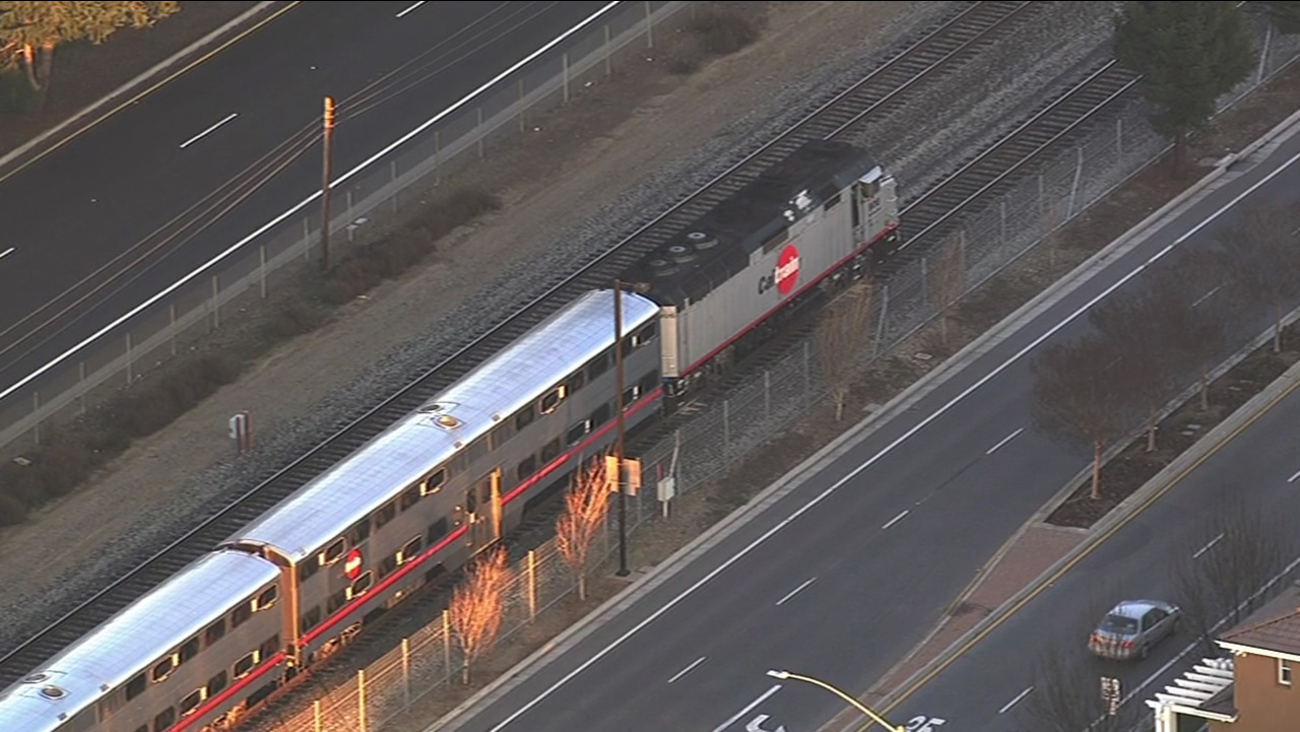 Caltrain is stopped near Mountain View after a train struck a pedestrian.

MOUNTAIN VIEW, Calif. -- Trains are moving again on a single track through Mountain View after a Caltrain struck and killed a pedestrian Thursday afternoon, said a spokeswoman for Caltrain.

All trains were passing through the area on the northbound tracks as of 5:10 p.m. and they will stop on the northbound platform at the Mountain View and San Antonio Sunnyvale stations, said Caltrain spokeswoman Christine Dunn.

A male adult was struck and killed Thursday afternoon by southbound Train 156 just south of the Mountain View Station under the state Highway 237 overpass, according to Caltrain officials.

Mountain View police said they received the first call about the incident at about 4:30 p.m.

Dunn said it appears that the death was an "intentional act," but the coroner will make the final determination.