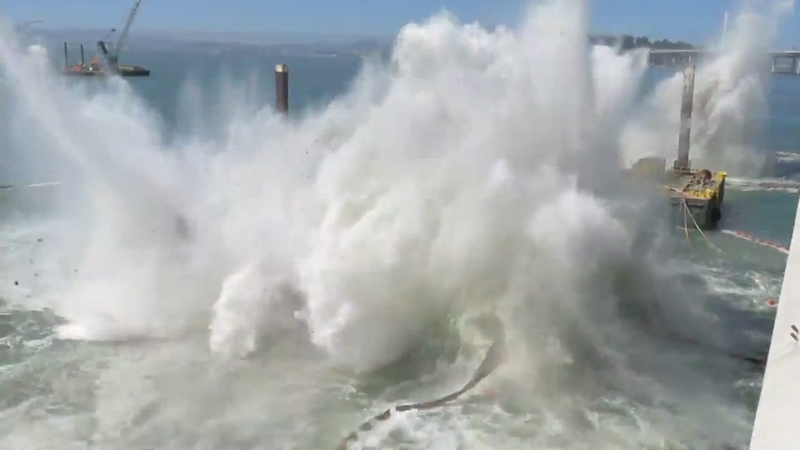 OAKLAND, Calif. (KGO) -- Caltrans demolished the final two piers that held up the old eastern span of the Bay Bridge.

Motorists faced delays during the demolition.

The wooden planks cover piers19 and 20- scheduled for demolition tomorrow. That froth in the water is part of the "bubble curtain." Pressurized air is pumped into the water to reduce the blasts effect on sea creatures. pic.twitter.com/a2DAk2ttnq

The agency shut down the bike path and walking trail on the south side of the bridge while crews installed explosive charges on Piers 19 and 20.

Caltrans workers imploded the two remaining piers sometime around 11:20 a.m. The piers were being demolished in preparation for construction of a new public access boardwalk.

The new 600-foot boardwalk will provide views of the San Francisco Bay, according to Caltrans. It is scheduled to be open to the public by this time next year.
Report a correction or typo
Related topics:
trafficoaklandsan francisco oakland bay bridgecaltransexplosionbay bridgeconstructiontraffic delay
Copyright © 2021 KGO-TV. All Rights Reserved.
RELATED 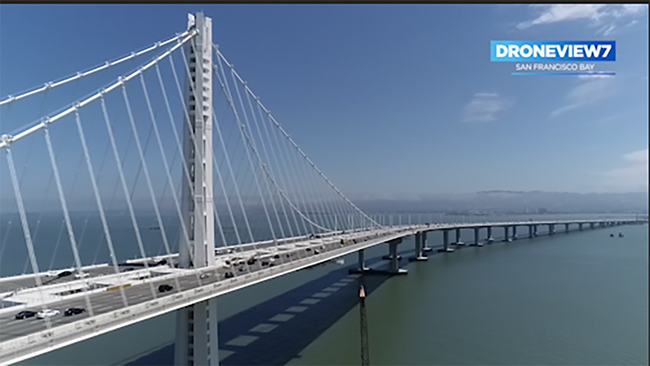