CHP motorcycle officer hospitalized after crash on I-680 in Danville 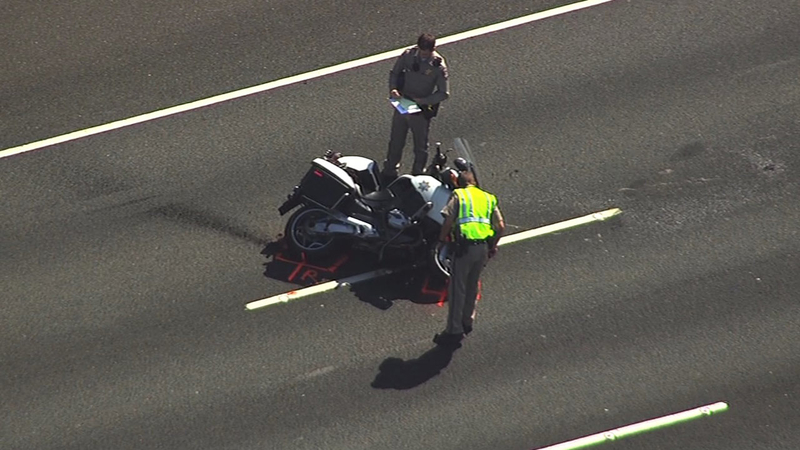 CHP motorcycle officer hospitalized after crash on I-680

DANVILLE, Calif. -- An officer with the San Jose division of the California Highway Patrol was hospitalized following a crash on Interstate Highway 680 in Danville this morning, according to the CHP.

Officers responded shortly after 9 a.m. to a report of a motorcyclist down in the northbound lanes of Highway 680 north of El Cerro Boulevard, according to a CHP dispatcher and Officer John Fransen.

Fransen said the officer, who was riding a motorcycle, suffered moderate injuries in the crash. He said it's unclear whether another vehicle was involved.

Officers are investigating the cause of the crash, he said.