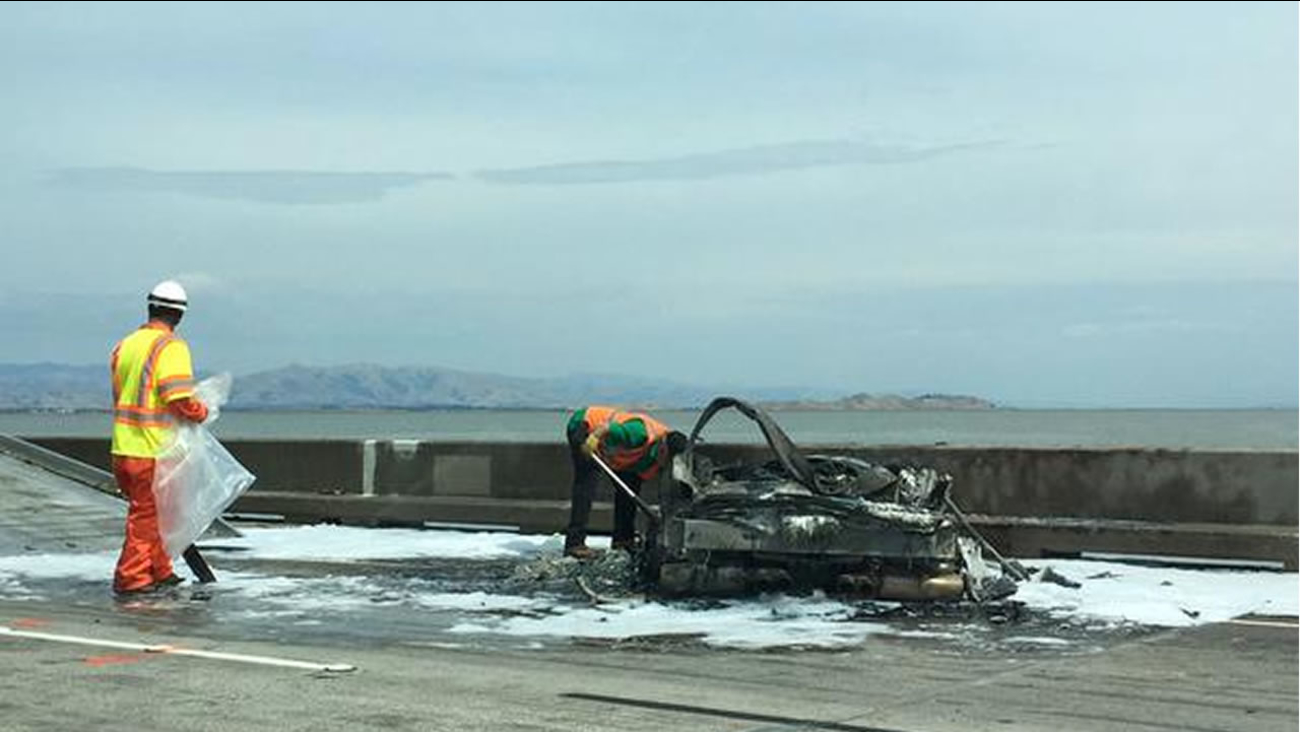 Authorities are investigate a car fire on the San Mateo Bridge, July 19, 2015. (KGO-TV)

SAN MATEO, Calif. -- A crash led to a car fire on the eastbound side of the San Mateo Bridge Sunday afternoon, according to the California Highway Patrol.

The first report of the crash came in at 2:59 p.m., CHP Officer Eric Anderson said.

The bridge is part of state Highway 92.

Caution those about to take 92 eastbound #San Mateo bridge. Yup. This is happening. pic.twitter.com/piaq0GZseZ

Anderson said he doesn't know at this time whether anyone was hurt. The fire was out before 3:30 p.m., according to the highway patrol.

Anderson issued a Sig-alert at 3:19 p.m., with one lane blocked. CHP officers do not have an estimate of when the lane will reopen.