Deadly crash kills 3 on I-680 in Benicia; CHP reopens off-ramp 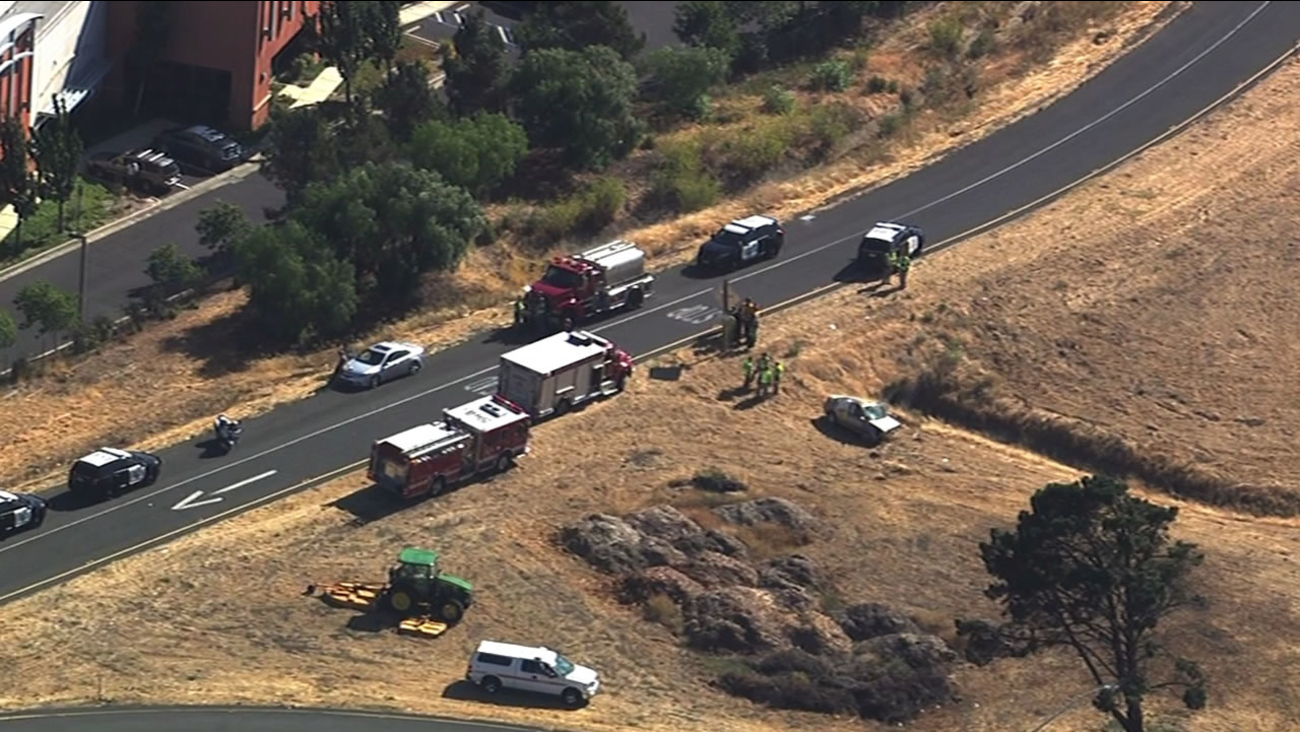 Three people have died in a two-car crash on I-680 in Benicia.

The trio was riding in a Kia Spectra that had a minor fender-bender with another vehicle on northbound I-680 around 3:40 p.m., CHP Officer Rick Weaver said.

Both vehicles were going to take the Lake Herman Road off-ramp when they collided, Weaver said.

The Kia went into a dirt area, struck a canal and landed on its wheels, Weaver said.

All three occupants were wearing seat belts and the Kia's air bags deployed, Weaver said. The man and a woman were in the front seat and the other man was in a back seat, Weaver said. The Kia sustained major front-end damage.

The off-ramp was closed until about 6:20 p.m., according to the CHP.