Fencing falls, causes multi-car crash on I-880 in Oakland 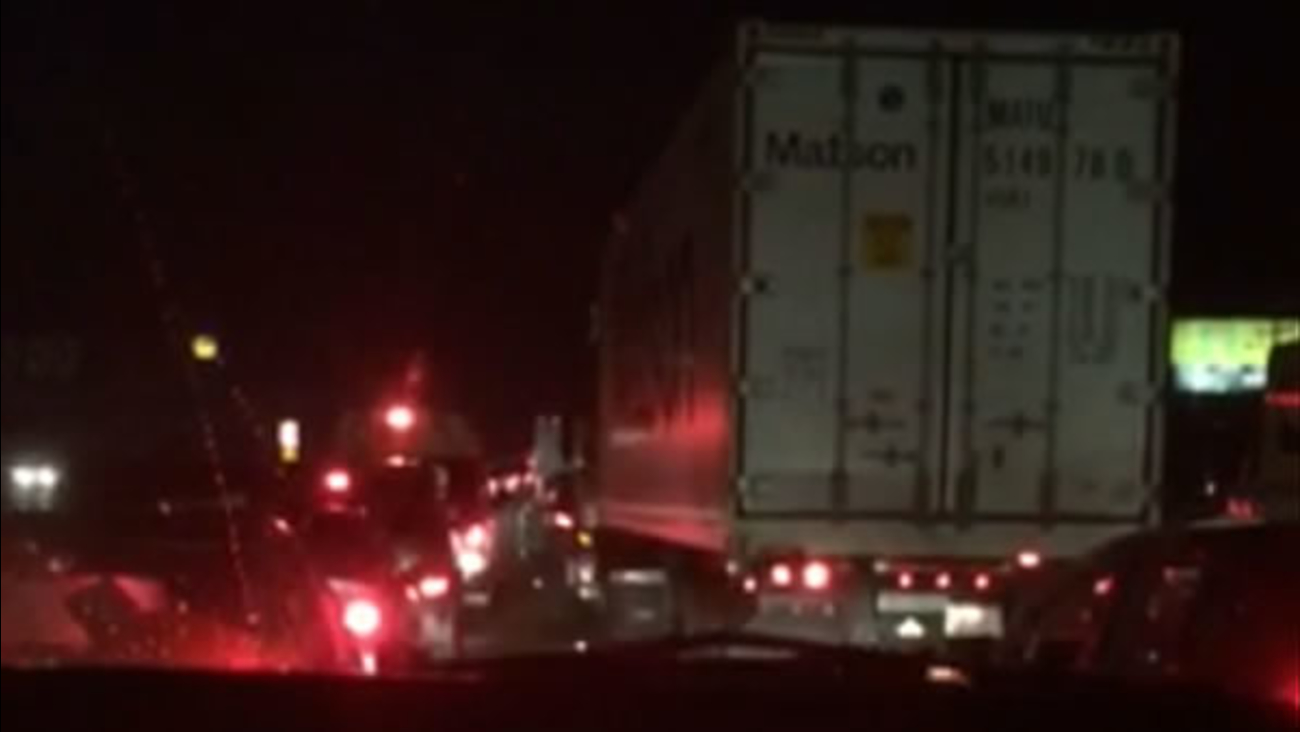 The traffic is backed up on I-880 after falling debris caused a crash, closing all lanes of the freeway on Monday, October 19, 2015 in Oakland, Calif. (KGO-TV)

KGO
OAKLAND, Calif. (KGO) -- All lanes of Interstate 880 in Oakland have reopened after about 100 yards of fencing fell from the 23rd Avenue overcrossing onto the freeway, causing at least eight vehicles to crash. Lanes were closed in both directions for hours during the evening commute.

Approx 100 yrds of fencing fell onto 880 tonight at 23rd Ave causing at least 8 veh to crash in #Oakland. Freeway in clearing stages now.

UPDATE: Fencing from the 23rd O/C has fallen onto both directions of 880. All lanes are blocked, unknown ETO. Use alt routes. #Oakland

Expect delays in both directions on 880 at 23rd, more details to come but use 580 as an alternate. #Oakland