KGO
SAN FRANCISCO (KGO) -- To eliminate any possible confusion, the California Highway patrol is now putting the start time at 11:59 p.m., a minute before midnight Friday night. The bridge will reopen Monday at 4 a.m.

Even if you're headed toward the bridge before then drivers may be detoured at one of four exit points, in San Francisco and Southern Marin prior to the midnight closure.

For the California Highway Patrol, this is something new. In the history of the bridge, it's never really been closed for more than a few hours at a time.

Big orange signs are up warning drivers the closure starts Saturday at 12 a.m. Technically, the closure will start long before midnight and it's not really just one closure, it's a whole process that'll take a couple of hours and dozens of officers to complete.

"They're not going to be able to cross the bridge, they're going to have to turn around through San Francisco and go the long way across the Bay Bridge to the Richmond Bridge," said CHP officer Andrew Barclay.

The CHP has done this before, sort of. They closed the bridge for a few hours during its 75th anniversary and they've closed the Bay Bridge for days at a time while the new eastern span was being completed.

Officers start at the on-ramps, cutting them off one at a time. In this case, some as early as 10 p.m. Then they make sweeps across the empty bridge, to be sure no one's still on it.

CHP officers will begin ushering traffic off the Marin side of the freeway at East Blithedale and close the southbound freeway completely at the Sausalito Marin City exit.

In San Francisco, they'll force drivers coming up 19th Avenue to turn on Lake Street. Cars from Lombard Street will have to turn onto Marina Boulevard, and vice versa.

The bridge will re-open Monday morning with that familiar row of yellow cones replaced by a movable concrete barrier. And one other change: coming out of the Waldo Tunnel the speed limit will be lowered to 45 miles per hour.

"This new system, having the truck there, having the guard rail there, it's just to allow a smoother, slower approach to the bridge," Barclay added.

And there will be plenty of CHP officers there to enforce it. 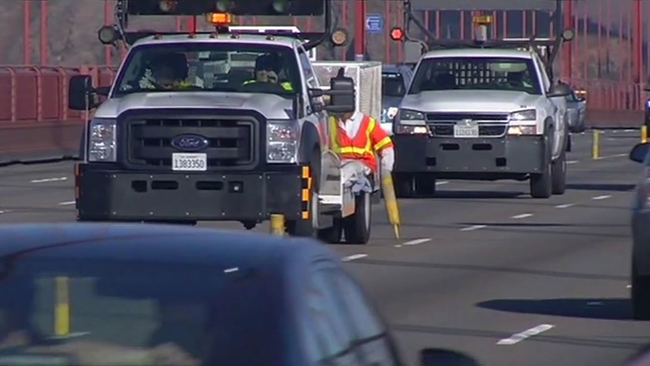 Job performed on GG Bridge since 1962 to end Saturday 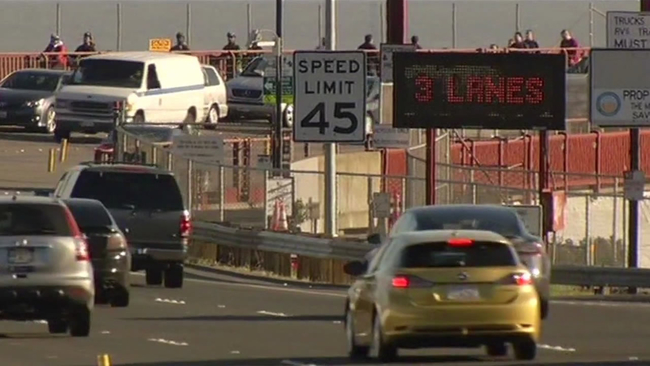 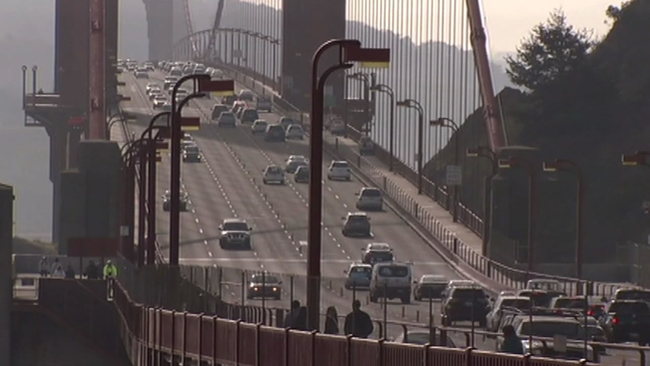