I-5 reopens at Grapevine after snow caused hours-long closure 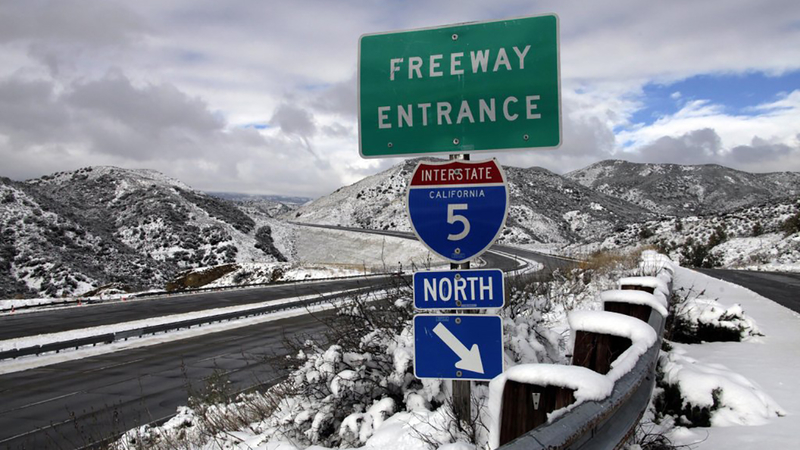 Snow causes hours-long backup on I-5 through Grapevine

CASTAIC, Calif. -- The 5 Freeway was completely closed in both directions Thursday morning amid snow in the Grapevine, and a person was killed in a crash on the northbound side of the rain-slicked freeway in Sun Valley, authorities said.

The California Highway Patrol and Caltrans announced the shutdown about 9:44 a.m., adding that the northbound 5 was closed at Parker Road in Castaic and southbound lanes were closed at the base of the Grapevine.

Around 3:15 p.m., the Grapevine was reopened after vehicles cleared out the snow and ice.

Footage from AIR7 HD showed traffic backed up for miles as vehicles sat on the highway, getting covered in snow. Plows and other vehicles were on one side trying to clear the snow and ice off the roadway.

Meanwhile, a crash on the rain-slicked 5 prompted the shutdown of three northbound lanes near Hollywood Way in Sun Valley shortly before 10 a.m., according to Caltrans. The official cause of the crash was under investigation.

The wreck occurred sometime before 6:30 a.m. near the Colorado Boulevard exit before the 134 Freeway interchange.

The incident initially prompted all northbound lanes to be shut down. Lanes were reopened, but gridlock conditions remained for miles.