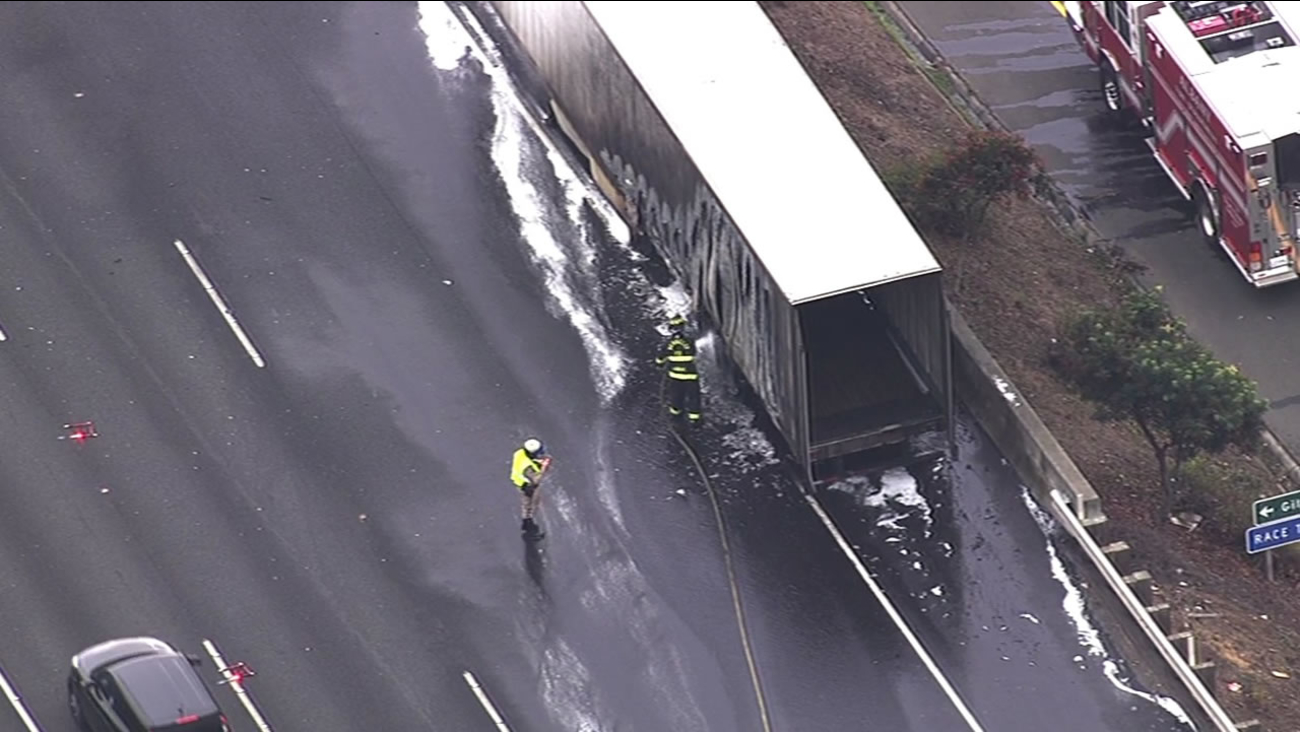 A big rig fire on I-80 at Gilman Street in Berkeley is causing delays and lane closures Friday afternoon.

BERKELEY, Calif. -- All lanes of Interstate Highway 80 in Berkeley have reopened this afternoon after a big-rig caught fire and blocked traffic in the area, according to the California Highway Patrol.

The truck fire was reported around 12:45 p.m. on westbound Highway 80 at the Gilman Street off-ramp, CHP Officer Sean Wilkenfeld said.

An empty trailer attached to the big rig appears caught fire and was reportedly fully engulfed in flames a short time before 1 p.m., according to the CHP.

The fire blocked the Gilman Street off-ramp and four right lanes of traffic, but all lanes and the exit were reopened around 2:40 p.m., the CHP is reporting.

Wilkenfeld said drivers who spotted the smoke and flames alerted the driver of the big rig to the fire by honking at him.

He was able to safely exit the truck and was uninjured, the officer said.

The fire is blocking the Gilman Street exit and four lanes, and a Sig-alert has been issued, Wilkenfeld said.

He said the lanes should be reopened within an hour.

Motorists in the area are advised to prepare for traffic and drive with caution.