KGO
SAN FRANCISCO (KGO) -- They just got rolling in San Francisco and already Chariot and Leap are hitting some bumps in the road. These charter bus services offer a luxurious alternative to MUNI by taking riders to downtown San Francisco in style.

"I don't think we need to stop but I think what we need to do as a city is think about how to regulate them to make sure they operate in a way that doesn't impact the quality of life in our neighborhoods," said Farrell.

Farrell is getting complaints, like one from a constituent who sent pictures of Chariot blocking his driveway. Others complain about double parking.

Carmen Chung says Leap which launched last week informed her just yesterday they plan to use the white zone outside her Coventry Motor Inn motel on Lombard Street for their morning commuters.

"Where are we going to tell our trucks deliveries to unload products, they have no other room. This is a busy street," said Chung.

Company executives say they're trying to be good neighbors.

"We've already listened to the feedback on several stops and have started on the process of moving them," said Leap Co-Founder Kyle Kirchhoff.

"To the extent we make a mistake here and there, we're all for fixing that and making sure we're on the straight and narrow," said Chariot Co-Founder Ali Vahabzadeh.

In the meantime, traffic officers are responding to complaints by writing tickets. 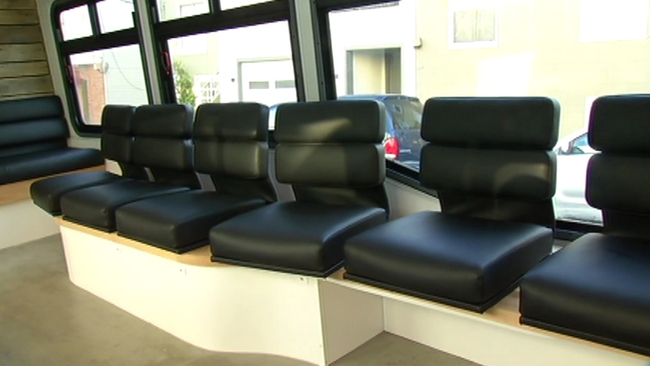 PHOTOS: Inside the new Leap buses in SF
TRANSPORTATION
BART riders could pay more for parking