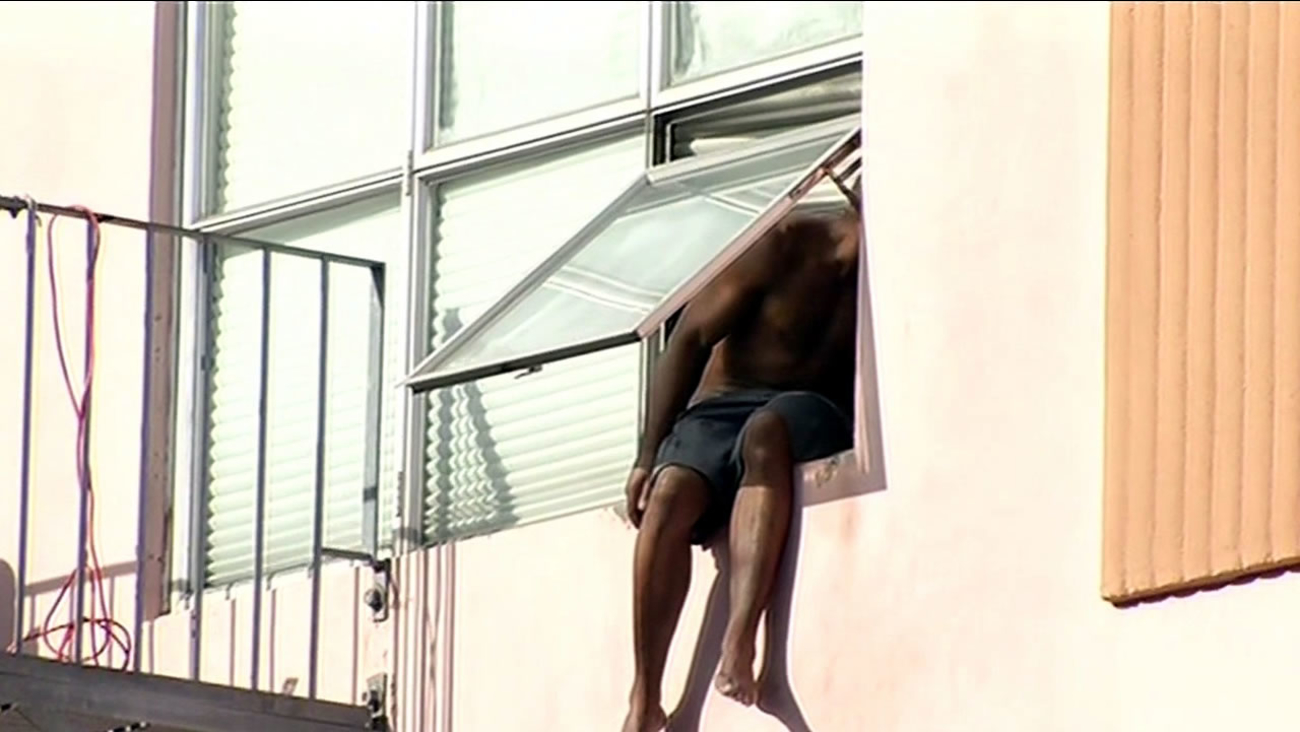 A man threatened to jump from a two-story building window in San Francisco, Calif. on Wednesday, October 7, 2015. (KGO-TV)

SAN FRANCISCO -- A man who threatened to jump from a two-story building in San Francisco's South of Market neighborhood for over three hours on Wednesday was booked into jail on suspicion of auto theft, resisting arrest, giving false information to police and driving with a suspended license, a California Highway Patrol officer said.

Dion Stamper, 47, of San Francisco, came down from the window only after San Francisco police negotiators arranged to have his cat brought to the scene. He had climbed to the ledge on 10th Street near Harrison Street after fleeing from a CHP traffic stop.

CHP officers had tried to pull Stamper over around the corner on Dore Street at 2:41 p.m., according to CHP Officer Vu Williams. But as the officer was checking his information, Stamper fled, hopped a fence and ran into the building, emerging from the second-story window.

San Francisco police shut down 10th Street and climbed the building's fire escape to talk to Stamper as he sat on the ledge shirtless and barefoot, his feet dangling over the street below.

Negotiators began looking into Stamper's background and managed to contact his family. When Stamper asked to see his cat, they arranged to have it brought to the scene, San Francisco police Officer Grace Gatpandan said.

Once his cat was there, he came down from the ledge and surrendered just after 6 p.m.

"We're happy to use any method necessary to resolve the situation safely," Gatpandan said.