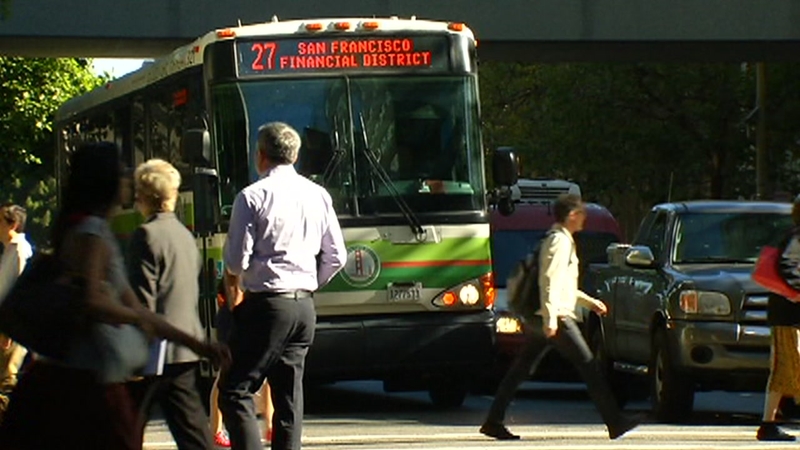 MARIN COUNTY, Calif. (KGO) -- Marin is looking at letting buses use freeway shoulders during the commute. It's a controversial idea that's been done in other parts of the country.

The problem for buses on congested Hwy 101 is they are in the far carpool lane and then have to cut over to the bus stops on the other side, clogging the lanes for other drivers. The idea is to let the buses use the shoulders.

According to the Marin Independent Journal, the buses would be required to drive slowly; 35 mph is one suggested speed or not more than 15 MPH than the flow of traffic. The hope is that this would be faster than what they do now and would attract ridership.