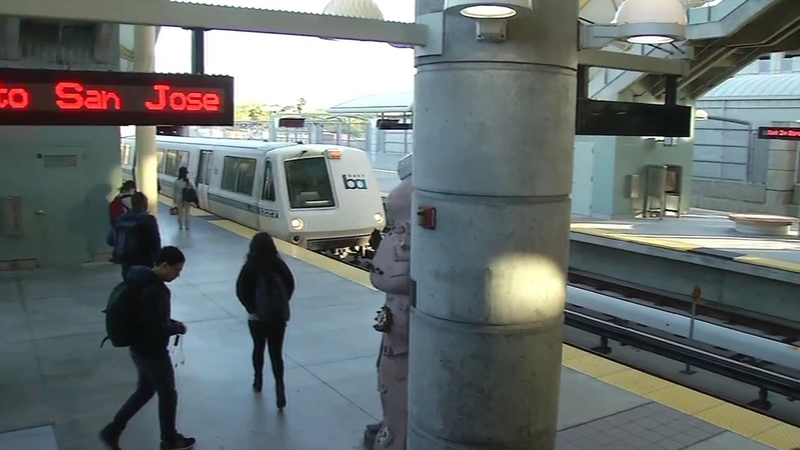 MILLBRAE, Calif. (KGO) -- BART riders have had a tough couple of weeks and Monday morning there was even more trouble when a train stopped on the tracks near SFO during rush hour, adding more stress to an already over-extended system.

At the Millbrae BART entrance, men in pink T-shirts are giving BART passengers a free ride, but not on a train.

"A lot of people have been a frustrated with BART. They want to have an alternative transportation method. And so we're out here round about the city giving people free Lyft rides so people can try us out to see what friendly transportation is like," said Neil Hopper with Lyft.

Eventually BART removed the train, but delays between 10 and 15 minutes remained.

"It's definitely getting more frequent, especially with the whole Bay Point-North Concord thing on top of everything," said Michael Martinez, who lives in Concord.

Many BART riders are fed up with the public transportation service.

"Unfortunately BART is really unreliable so, I bought a car. But it broke. So, I'm back on BART and then BART broke this morning, 10 minute delay. I'm going to be working late tonight because I didn't get into the office," explained Tessa Hapanowicz, who lives in Oakland.