KGO
By Wayne Freedman
SANTA ROSA, Calif. (KGO) -- Just behind the veil of normal traffic at Mendocino Avenue and Fountaingrove Parkway, the scars remain easy to find. The five months-old burn marks bring back reminders of a gruesome accident.

"I would say the worst I have seen in my career," said Santa Rosa Police Sergeant Summer Black. She remembers the dump truck loaded with fire debris, and how it ran a red light, plowing through cars in this intersection, injuring ten people. "It was a domino effect," she said.

According to the just-released, 72-page police report, the accident was avoidable. The report says three of eight sets of brakes failed on the truck. Driver Francisco Alberto Rodriguez admitted to missing an inspection and an adjustment. New lawsuits name Rodriguez, his employer, and four other companies moving up the contract chain.

"It just shows that these companies were more interested in expedience than safety," said Brendan Kunkle. He represents two of the victims including Cheryl Strong, who shared a car with 76 year-old Barbara Schmidt of Windsor, now a paraplegic.

"The public should know these faulty trucks are being driven around their communities," said Schmidt's attorney, Cynthia McGuinn.

"Did the driver know his brakes were faulty?" we asked Sgt. Black.

"He did not know the brakes were faulty. That is what he indicated to us."

Lawyers say it makes no difference. "This new fact that the driver did not to go inspection shows conscious disregard. It means punitive damages. Millions of dollars," said Kunkle.

Flores Trucking, which owned the rig, did not return calls from ABC7 Monday. 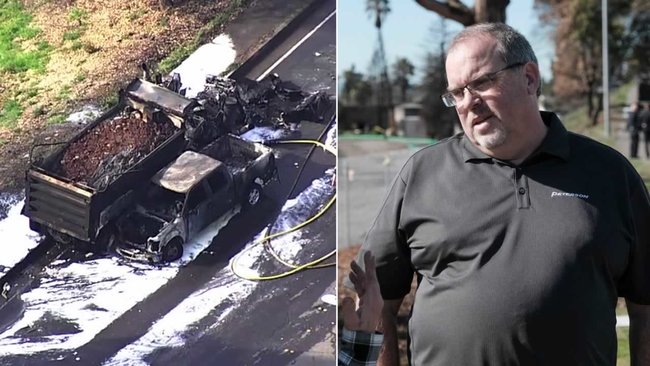