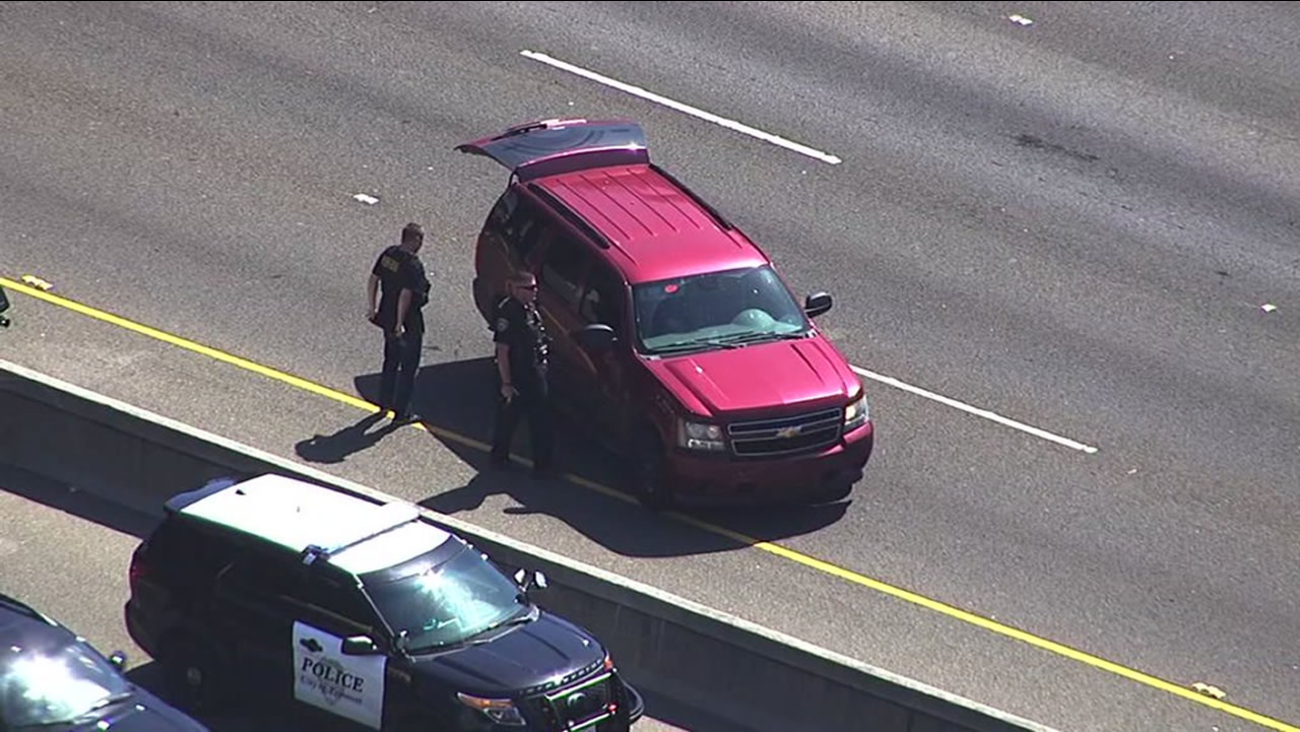 This image shows California Highway Patrol officers investigating an incident on Interstate 880 in Fremont that prompted all lanes to closed at Thornton Avenue April 14, 2016. (KGO-TV)

One suspect was taken into custody and one or two are at large.

The northbound lanes had reopened as of 3:50 p.m. and officers were working to open one southbound lane, Bosques said at 4:16 p.m.

Police believe the suspects were involved in a robbery in Millbrae and came across the San Mateo-Hayward Bridge to the East Bay.

Officers are searching for the at-large suspects in the area around Central and Mowry avenues in Newark, across Highway 880 from Fremont.

North and Southbound I-880 at Thornton Av in Fremont, All Lanes Blocked Due to Police Activity. https://t.co/l7tTkWGSwN