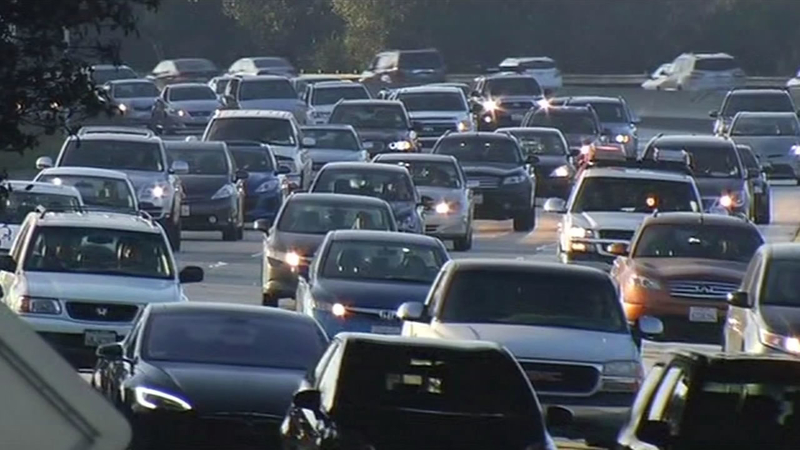 SAN FRANCISCO (KGO) -- Bay Area traffic may be hard to deal with at times, but a new study by the Metropolitan Transportation Commission suggests drivers in the region are at an advantage. That's because they know ahead of time how long their commute will take.

According to the MTC, freeway commute times in the Bay Area are more predictable than in any other major U.S. metro area. Why? Officials credit the Bay Area's consistently good weather, the largest network of carpool lanes outside of Los Angeles and metering lights.

The study reveals the Bay Area has the third worst traffic congestion compared to the other biggest metropolitan areas in the nation. We trail Los Angeles and Houston.

Santa Clara County is lucky because it has the lowest average commute times compared to the other eight Bay Area counties. Drivers spend just over 20 minutes getting to work.

As far as cities go, the longest drives are in Contra Costa County.

Commutes in Brentwood, Oakley, and Antioch are more than 40 minutes. Hayward in Alameda County is 27.2 minutes.

Jenelle Fuentes commutes from Hayward to Sunnyvale. She doesn't notice much change once she crosses into Santa Clara County.

When it comes to freeway reliability, we're number one. But don't get too excited, basically what that means is, if your commute is bad, it's probably always bad. But at least you'll have a timetable for how long it will take to get to and from work.