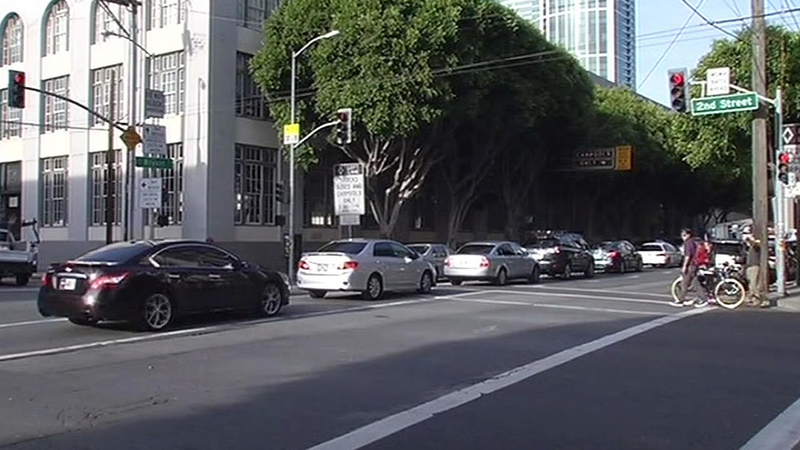 SAN FRANCISCO (KGO) -- The rush hour commute is never easy, but there is an effort underway to make it a little better in San Francisco. Parking officers are keeping a close eye on some of the most congested areas.

If you block an intersection, you could be fined $103, if you double park it is a $110 fine and more if you're stopped by police.

Double parking, delivery trucks, cars blocking intersections and construction projects have made it harder on everyone to navigate their way through the city.

"I'm from Atlanta originally and I thought the traffic was bad in Atlanta, until I got to San Francisco," San Francisco resident Gus Goddard said.

Enter the San Francisco Metropolitan Transportation Agency -- the ones that oversee the parking control officers.

During the crackdown, Muni bus drivers will also be able to call dispatch to report a driver. This is not the first time the city has taken measures to improve the flow of traffic. So do people think it will work?

"No, I don't think they'll have enough people out here to be ticketing," Hawkins said.

The city is asking people to give it some time.