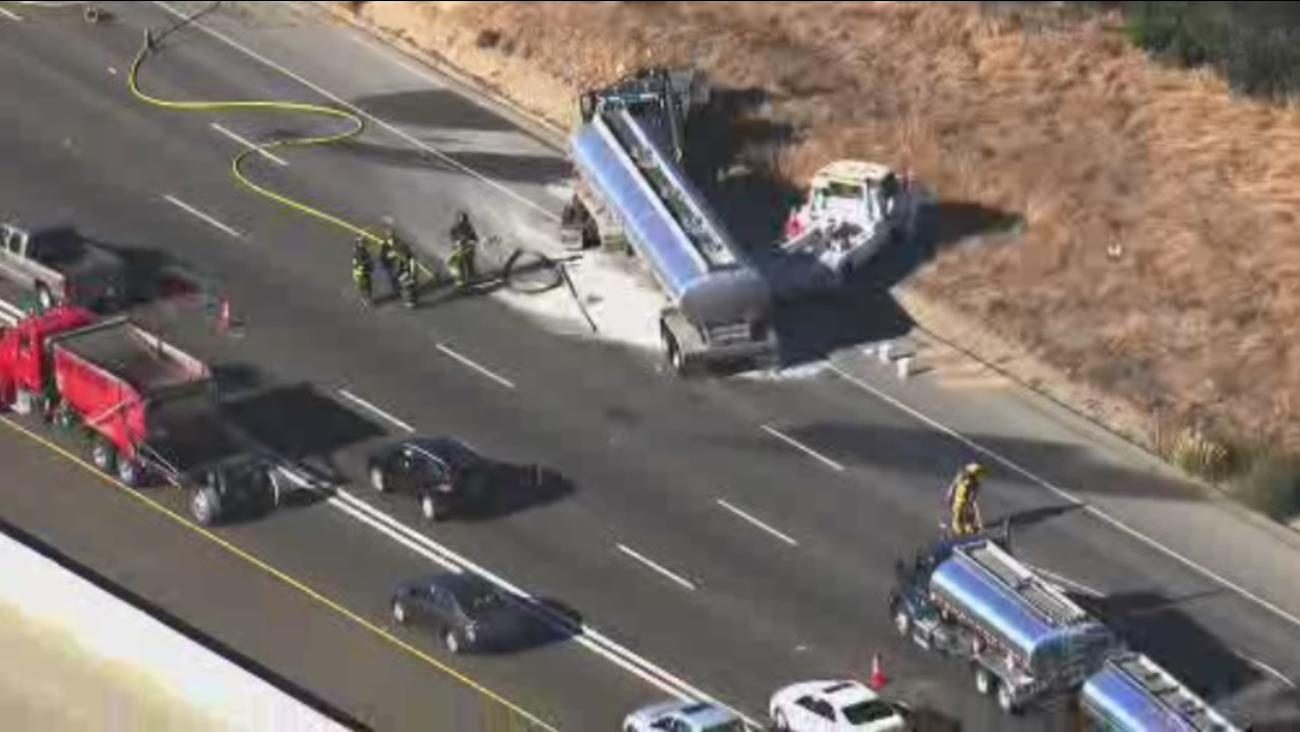 At 8:47 a.m. on Friday, CHP officers responded to a report of a big-rig truck blocking the highway's southbound slow lane, just south of Andrade Road, according to CHP officials.

The truck apparently hit a tow truck along the highway, which then caused it to leak ethanol, CHP officials said.

Fire crews arrived on scene at about 9:10 a.m. to assess the spill. They then called a hazmat team, according to the CHP.

At 9:43 a.m., the CHP issued a Sig-alert for the highway, closing all the southbound lanes and advising drivers to exit at Andrade Road and take alternative streets.