Officials were worried Friday morning's commute would be gridlock following the closure, but it was better than expected. "Traffic was great it was really good, I thought it was like Saturday, there was no traffic at all," Mike Lustgraaf said.

The shut down of Doyle Drive has been well publicized with officials encouraging people to work from home and avoid the area.

Commuters on Park Presidio tell us they are pleasantly surprised by the lack of traffic around the Doyle Drive closure.

The upgrades are part of a $1.1 billion project that started in 2009 and include work on the approach to the Golden Gate Bridge which was built in 1936 and is not up to earthquake standards. The new design will also feature a tunnel for each direction of traffic rather than a single tunnel for traffic going both directions.

"Avoid the Golden Gate corridor entirely if you can. A lot of people can't, so the Golden Gate Bridge still has their bus transit for Friday commuters and some people, if they're allowed, if they're able, they're taking the day off or taking flex time and working from home," project spokesperson Molly Graham said.

The CHP says parking lots on both sides of the Golden Gate Bridge will be closed, which could cause some confusion for people visiting the area. They're also advising drivers to make sure their cars are prepared to sit in traffic without breaking down.

Drivers can take a short cut along Crissy Field, but can expect delays.

The closure of Doyle Drive to open new tunnels and make the connections is unprecedented since it opened in 1936. "It is not easy, no I mean this kind of weekend takes a lot of planning. I mean we've been obviously planning this for months, but the reason it has to be done this way is to, there are times when you cannot build when there are cars there, so we have to remove the cars to do the work basically" Project Manager Adam Matthews said.

Meanwhile people are looking for alternate routes for commuting between Marin County and San Francisco between Friday and Monday morning.

On Friday alone, the Golden Gate Ferries carried at least 1,000 more passengers than usual. To keep up with demand, the bridge district will run its last ferries from San Francisco at midnight through the weekend.

Even though Friday morning's commute was fairly light, CalTrans told ABC7 News not get too comfortable. "We don't want people to think that's going to be the norm. We are experiencing heavy delays now and over the weekend we also expect major delays," Presidio Parkway Project spokesperson Molly Graham said.

When work concludes Monday morning traffic nightmares will end, but not the work. That will continue for another year as crews will be busy putting landscaping on top of a tunnel.

The Doyle Drive closure made it easy for police to nab a DUI driver.

The California Highway Patrol says Edward Jon Wong crashed his Mustang through a closed toll gate arm on the Golden Gate Bridge and then headed onto Doyle Drive. Several patrol cars blocked his way, forcing him to stop.

Wong then refused to get out of his car; officers had to break his passenger window to arrest him. He's charged with felony evasion.

Download the Waze traffic app to help you navigate around the traffic: Click here for more information 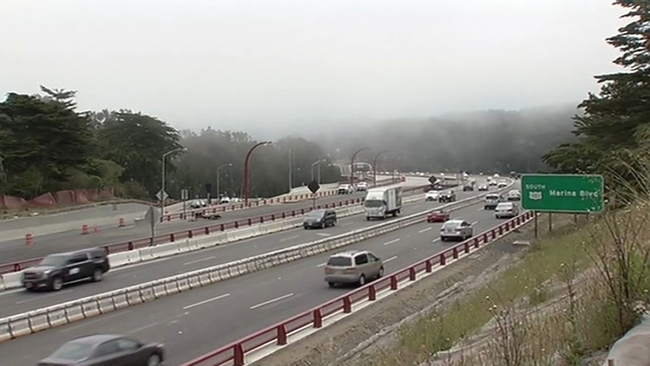 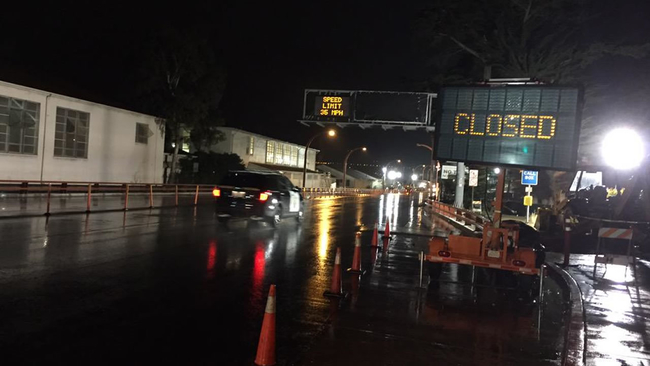 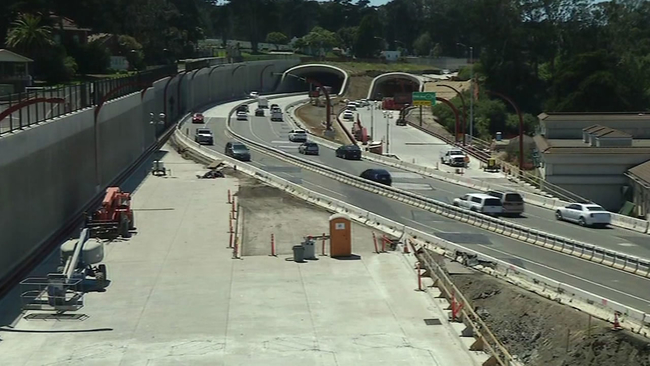