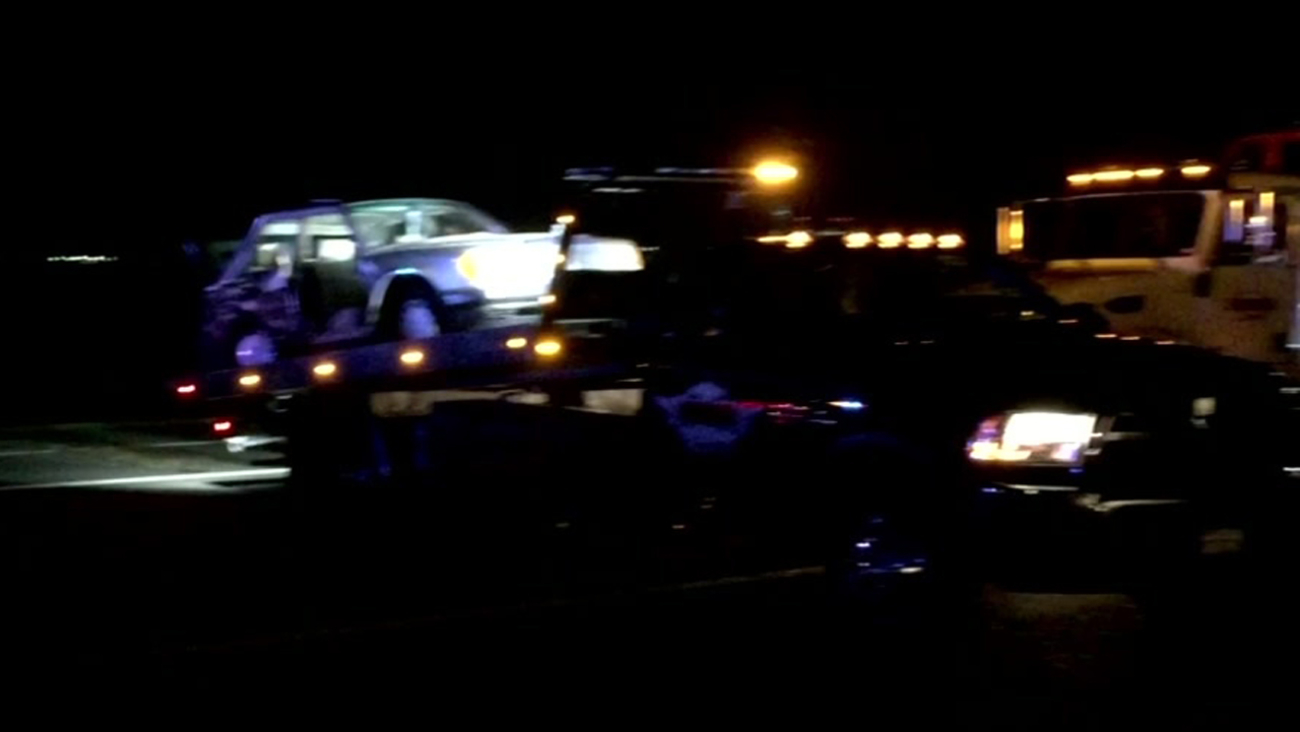 HAYWARD, Calif. (KGO) -- A man is in custody after leading police on a chase through Hayward, the CHP has confirmed. The chase ended in a crash that shut down the San Mateo Bridge for several hours.

The chase ended on the westbound side of the San Mateo Bridge near Clawiter and the toll plaza. All of this started in the Hayward Hills at Oaks and Roxbury. Hayward firefighters were giving a man medical attention after he got into a crash. When officers arrived, that man jumped into a Hayward police car and took off. Eventually, officers spotted the car on Jackson Street near the bridge entrance.

The man ended up crashing into two vehicles on the San Mateo Bridge. Those innocent victims inside those two vehicles, had minor to moderate injuries. The suspect was arrested.

Man steals Hayward Police car in Hayward Hills. Police catch up to him on San Mateo Bridge where he crashes into 2 vehicles. He's arrested. pic.twitter.com/LFTFcqRJrP

Waking up & heading west on San Mateo Bridge? Good news-lanes are open after police chase crash was cleared ~12:30am. pic.twitter.com/68IuKUEuiP