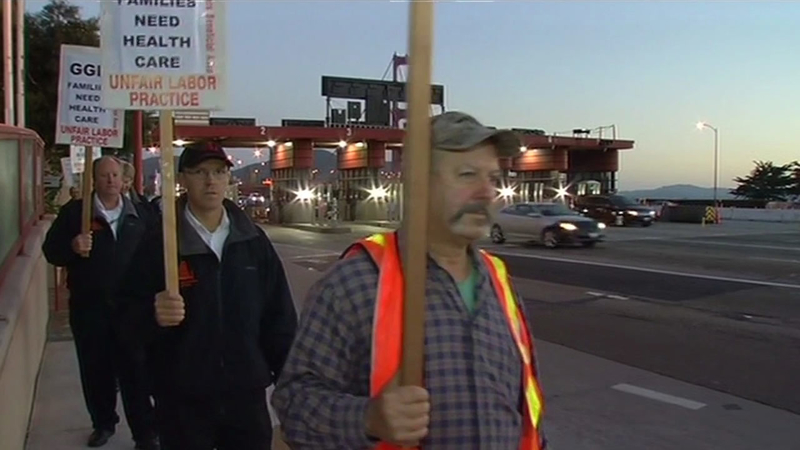 SAN FRANCISCO (KGO) -- On Tuesday, workers with the Golden Gate Transit District held a one-day strike on the Golden Gate Bridge over health benefits and labor practices. The strike was sparked by unsuccessful talks with management over a new contract.

They made sure the public knew ahead of time how it might affect the commute.

Golden Gate Bridge employees are hoping to send a clear message to bridge officials and commuters, but they're trying not to interrupt anyone's day.

The bridge is open, and ferry and bus service was not expected to be affected, but the union says that may not be the case next week, if a new deal isn't reached.

About 50 employees took part in the strike today. Workers said they have not had a contract since July 1. Ferry captains, deck hands, bus mechanics and bridge workers said they are willing to strike next week if a deal is not reached.

Employees are protesting the way they are being treated. A union representative handled public speaking for the workers while they picketed and he calls what they are doing a huge sacrafice.

"This is something that no one wants to do. This is always the last resort, but again these issues have been ongoing and again it got to the point the Machinists Union said 'enough is enough, we're going to go on strike,"' Union spokesperson Alex Tonnison said.

Commuters say they had heard about the strike, but weren't quite sure what to expect. "We got a text and an email if you were signed up with Golden Gate Transit that there was going to be a strike, but that it wouldn't effect bus, ferry and any other transit drivers, but you're never sure of that kind of thing," Sandy Plenski said.

But as people waited for their buses, they were pleasantly surprised. Other than having to duck through the crowd of picketers, commuters didn't have any problems.

"It hasn't really impacted the commute that I can see so far, so not bad. I mean if they've got an issue and have a right to strike, so be it," Anna Montenegro said.

The union and the bridge district's negotiations have broken down over paying for health care. No one from the bridge district could go on camera Tuesday morning, but officials say they are disappointed the workers decided to strike and hope they come back to the bargaining table. The union says it plans to negotiate, but hopes this strike will change the conversation.

"I think today has been a great success, we've had the coalition unions honor the machinists picket lines here at the bridge. Again we haven't actually impacted commuters, but I think we definitely have gotten our message out," Tonnison said.
Related topics:
trafficsan franciscogolden gate bridgestriketraffic
Copyright © 2021 KGO-TV. All Rights Reserved.
RELATED 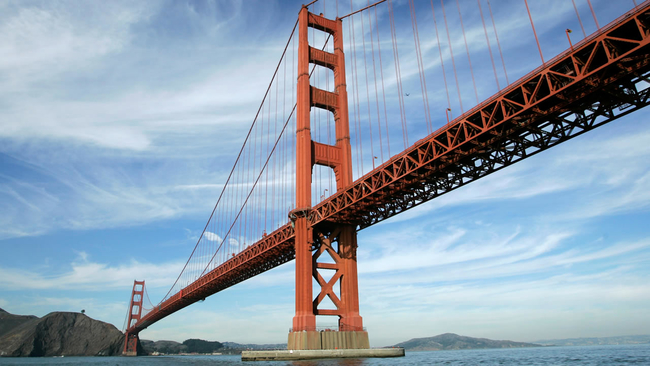 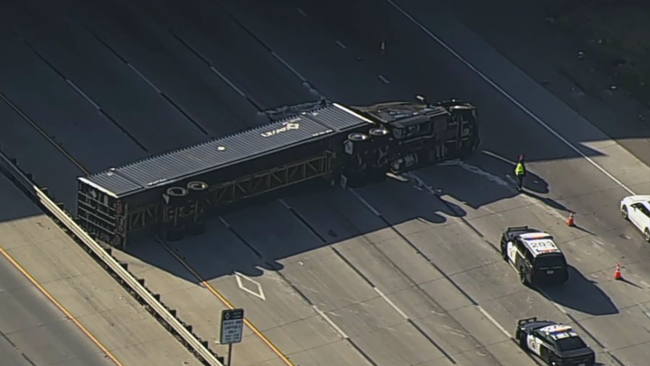 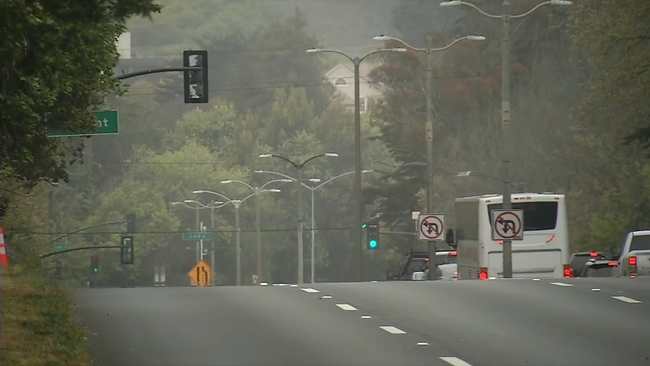