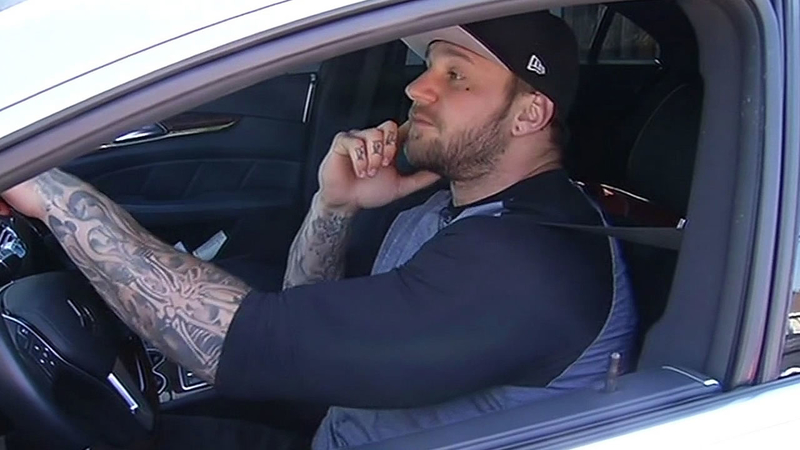 UNION CITY, Calif. (KGO) -- An East Bay commuter claims he got a $300 traffic ticket, even though he wasn't doing anything wrong. So he hit record and put the police to the test.

Travis Nunes works in Hayward and drives on Decoto Road every day during his commute. In April, he was pulled over twice by Union City police who thought he was using his cellphone while driving. So he proved them wrong using his cellphone to record the whole thing.

Travis Nunes says police mistook his hand for a cellphone, but despite his explanation he got a ticket.

"Yesterday, was going to UPS again and I was in my vehicle and I got a little idea. I said, 'Let's conduct a little test,'" he explained.

His test, now uploaded on YouTube replays what happened the first time around. You see him in the video driving on Decoto Road with his fingers resting on his face and the last 20 seconds shows Nunes getting pulled over by the same cop who thought he was on his phone.

"I was completely shocked," Nunes said.

Union City Police Capt. Jared Rinetti told ABC7 News, "In the first situation it was different set of circumstances, in which I presume it will go to court at that point a judge will make decision on that."

Union City police say they believe Nunes was using his phone while driving when he was served the ticket, but they add the second time around it was an honest mistake.

Police just wrapped up a distracted driving awareness campaign in April. In previous years they've handed out as many as 500 tickets.

"If they're giving me a $300 ticket, you better make sure that you're certain I'm guilty," Nunes said.