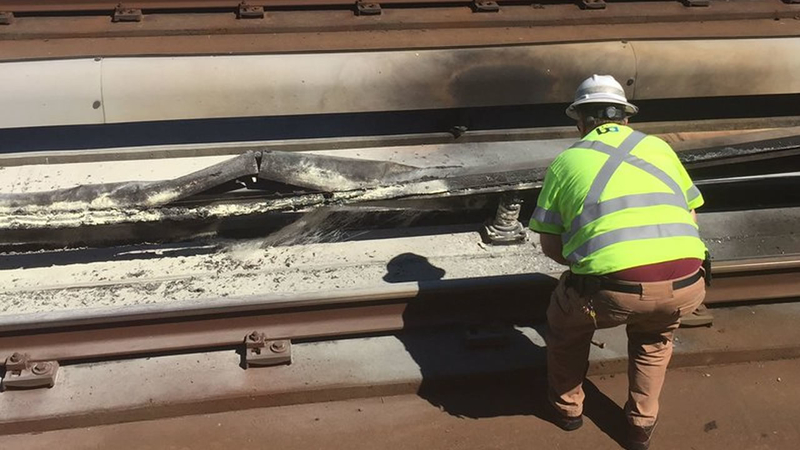 WALNUT CREEK, Calif. (KGO) -- A fire on the tracks at the Walnut Creek BART station brought service to a halt Saturday.

The fire is out, but service remains slow in the area.

The fire was on the third rail on platform two, which is the westbound side. The whole thing started after 3 p.m. That's when the fire was first spotted. Smoke could be seen for miles.

The fire itself ran about 50 feet, and it took fire fighters about 30 minutes to put it out.

Firefighters think a fault power pick up paddle is to blame. Those paddles move and send power into the trains

"Sometimes those get stuck in up position and if they do that they contact with that fiberglass covering, which would have the potential to set it on fire," said Contra Costa County Fire Marshal Robert Marshall. "We think that's what happened. We don't think it was anything else that caused the fire."

Until recently, service was cut off completely at the Walnut Creek BART station. So movement was only possible from Bay Point to Pleasant Hill and then from Lafayette on.

It is not clear when platform two will re-open. Because only one platform is open, the delays will continue until everything is up and running again.

#BartIC fire under control. Station to remain closed for the near future pic.twitter.com/3qGjaCAD2O