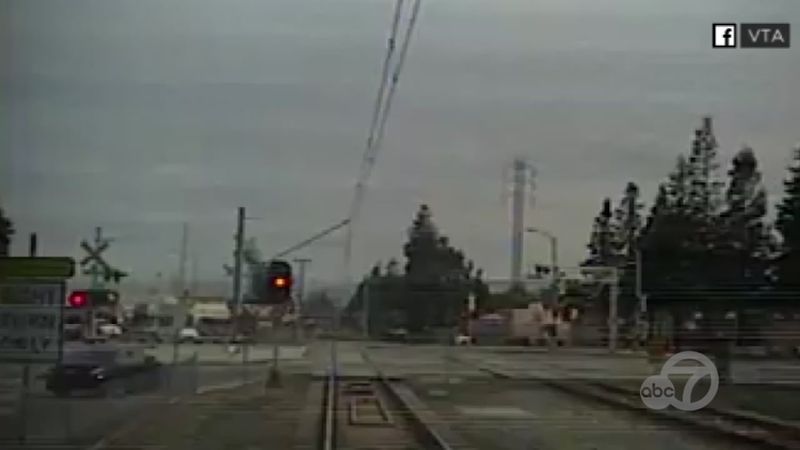 VTA said at least one of the videos is from a crash that resulted in death.

The video, posted on their Facebook page ,was created for National Rail Safety month with a simple message for the public: "You can't beat a train."


"Our light rail operators are noticing an alarming increase in students and other pedestrians or bicyclists deliberately ignoring safety precautions in place at light rail crossings," VTA wrote on its website. "Also, people are increasingly looking at their smart phones, wearing ears buds or headsets, and simply not paying attention as they approach VTA light rail tracks."

The video shows five separate collisions, including two from this summer involving bicyclists.

One happened at the Diridon Light Rail Station and the other happened near Del Mar High School, and involved a summer school student.