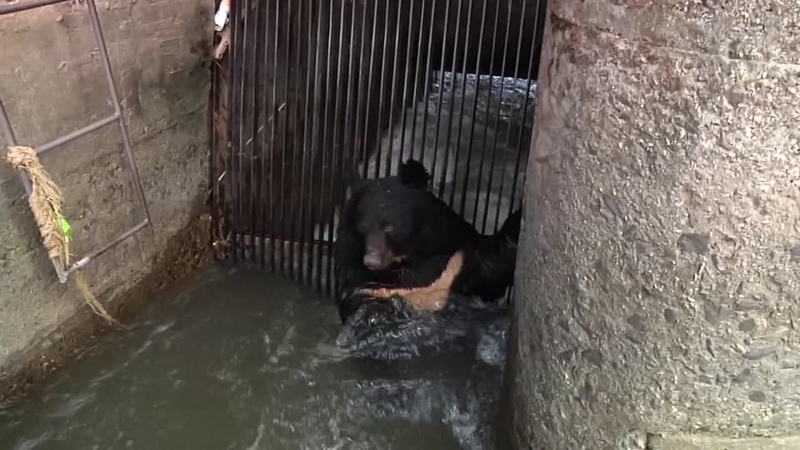 An Asian black bear was finally rescued and saved from drowning after getting stuck in front of a hydropower station in China.

A video shows the bear trapped against the gate by rushing water. The bear was stuck in water that was nearly 27 feet deep.

The rescuers used anesthesia as part of the rescue and a rope.