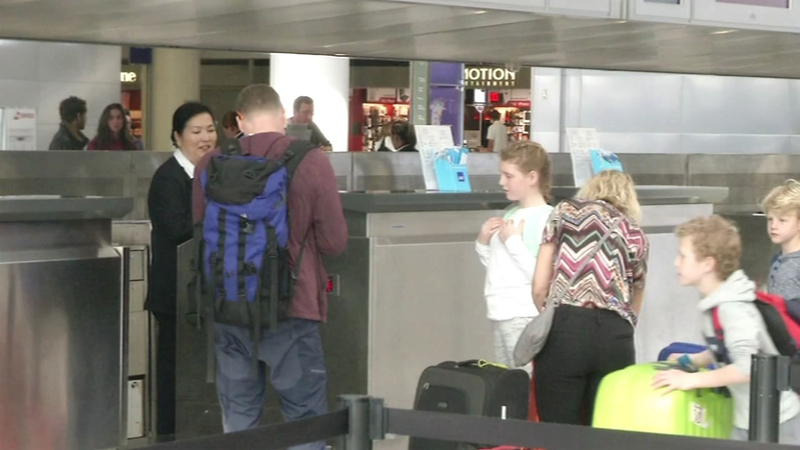 SANTA CRUZ, Calif. (KGO) -- One of the last things anyone would want when going on a vacation of a lifetime is to be without their luggage, but there are steps to take to get reimbursed by the airline.

Last year, about 207,000 passengers reported their luggage was lost or delayed. Here's what you can do if this happens to you.

Todd Kramer dreamed of taking his 11-year old son Neville on a European vacation. The Santa Cruz man raised half the money needed through his Go Fund Me page. His son also helped by selling handmade wallets.

"This is the wallet, one of the wallets my son made out of duct tape," Kramer said.

They made enough money to travel on Scandinavian Airlines to France, England and Wales. But their luggage didn't arrive in Europe with them. They say they were told their luggage would arrive within three days, but on day four, there was still no luggage. So Kramer bought some items to tide them over.

"Yep, these are the clothes. I got a watch. Kind of needed to know the local time," he said.

Edward Hasbrouck is the author of "The Practical Nomad."

"You can make a claim for any actual damage that you suffered as a result of your luggage being delayed and you're entitled to compensation," Hasbrouck said.

Hasbcouck made his claim, but collecting proved difficult.

"This has been August, September, October, November, December. Four months since the actual trip had gone by," Kramer said.

"I didn't see anything that would flag that as this is an airline that's doing particularly badly," Hasbrouck said.

Scandinavian agreed to pay him $2,500, the maximum liability under an international treaty. An airline spokesperson said, "Our normal service standards and procedures were unfortunately not followed. We have expressed our sincere apologies to Mr. Kramer for the mishap in our service on this occasion."

"I was excited. I definitely went and paid off the rest of my credit card," Kramer said.

The maximum compensation for loss or delayed luggage for domestic flights is $3,500 per passenger. For international flights it's $1,675 per passenger. Kramer was also compensated for the items he bought.
Related topics:
travelsanta cruzvacationairline7 on your sideeuropeconsumerconsumer concerns
Copyright © 2021 KGO-TV. All Rights Reserved.
RELATED

Consumer Reports
7 ON YOUR SIDE