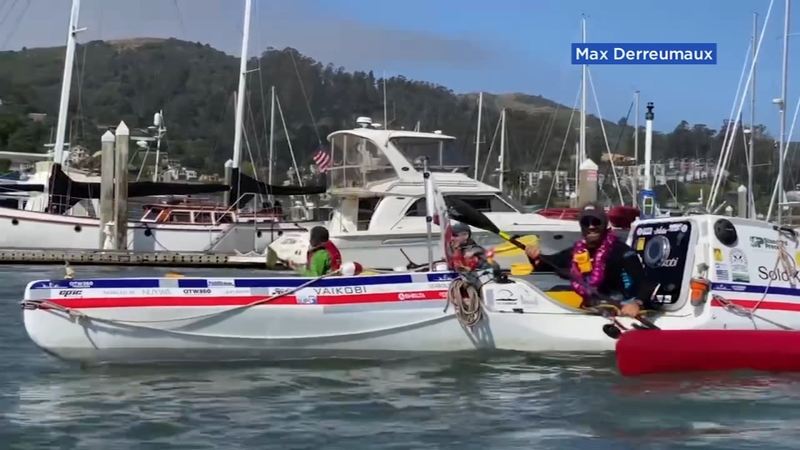 Bay Area man to kayak 2,400 miles from Sausalito to Honolulu

SAUSALITO, Calif. (KGO) -- A Bay Area man is taking on a big challenge and he may set a Guinness World Record doing it.

Cyril Derreumaux of Larkspur is using a large, white kayak for the solo 2,400-mile journey from Sausalito to Honolulu.

Sunday, the Larkspur man and his supporters paddled out to celebrate.

Derreumaux's kayak moves by pedaling, which he plans to do for the next 60 to 70 days when his arms get tired from paddling the kayak.

Sixty-four days would be the record.

The custom-built, 22-foot kayak has space for sleeping and taking shelter.

Derreumaux is striving to move 40-60 miles per day, consuming 6,000 calories per day in the form of energy bars and freeze-dried meals for energy.

He'll have an emergency locator beacon, just in case, and will keep himself tethered to the kayak at all times.

ABC7 News anchor Reggie Aqui talked to Derreumaux ahead of his trip. Watch the video in the player above for the full interview.