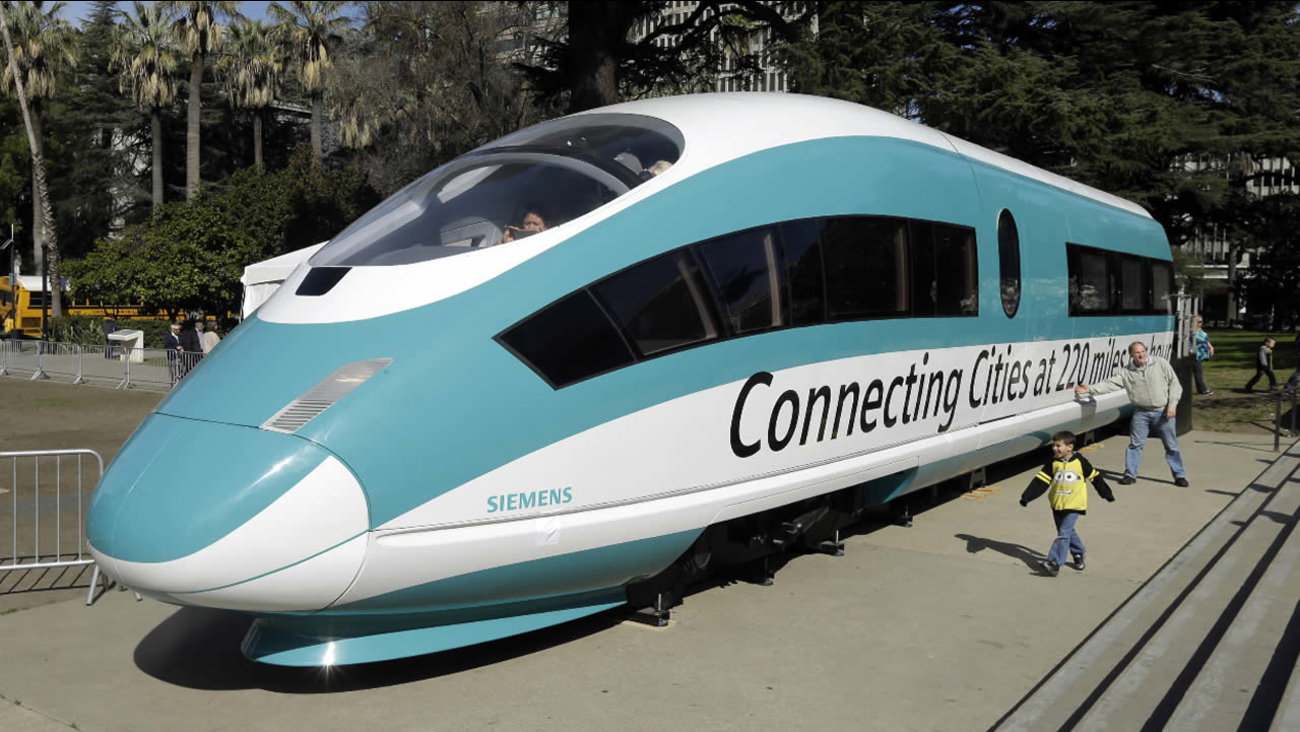 FILE - In this Feb. 26, 2015 file photo, a full-scale mock-up of a high-speed train is displayed at the Capitol in Sacramento, Calif.

SACRAMENTO, Calif. -- Officials increased the cost estimate for the first phase of California's high speed rail project by 35 percent on Tuesday, to $10.6 billion.

That would put the entire cost of the train from San Francisco to Los Angeles at roughly $67 billion, although officials said they hope to recover the newly announced costs later.

"Our first responsibility is to be transparent and forthright," said Dan Richard, chair of the California High Speed Rail Authority's board. "We've got to enhance active management of this program."

The $2.8 billion price jump is for a 119-mile segment in the Central Valley, which is partially under construction. The fresh costs are due to trouble acquiring rights of way for the track, the need to build more barriers along the tracks and other items.

It's the latest cost spike in a project that's been plagued by delays and cost overruns. When voters approved $10 billion in bonds for the project in 2008, officials estimated the project would cost $40 billion.

A rail line running from San Francisco to Los Angeles and Anaheim in under three hours is supposed to be operating by 2029. The train would eventually extend from Sacramento to San Diego, according to the plans.

The board on Tuesday also selected Brian Kelly, current secretary of the California State Transportation Agency, as its new chief executive officer at a salary of nearly $385,000.

Money to build the train comes from voter-backed bonds, federal dollars and revenue from California's cap-and-trade program. Republicans and rail critics have long called it a waste of state money. Its proponents, though, argue California needs a quicker and cleaner form of transportation up and down the state.

In October the rail board approved a $30 million contract with DB Engineering & Consulting USA, the U.S. arm of German rail giant Deutsche Bahn AG to design and operate the train from the Central Valley to the Silicon Valley in its early stages.