ONLY ON ABC7News.com: Plane forced to make emergency landing at SFO over fuel concerns 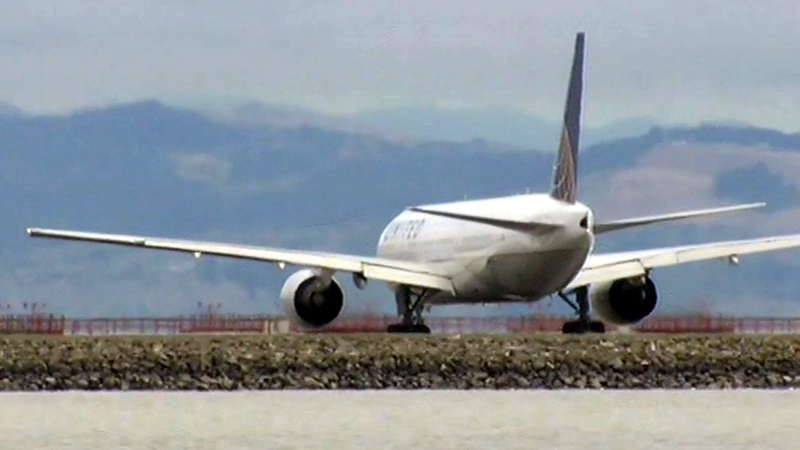 SAN FRANCISCO (KGO) -- It was a scary night for passengers after a United Airlines flight bound for Hong Kong was forced to return to SFO late Saturday night because there was not enough fuel to make the trip.

The flight returned safely, but some passengers said they were stranded for at least seven hours at the airport.

Audio from SFO's control tower revealed dialogue during the 3 a.m. Sunday landing of United Airlines Flight 869 was anything but routine. Emergency crews stood by to inspect the aircraft for a fuel leak before proceeding to the gate.

Marcelo Figuroa and several hundred passengers were on the flight when it returned to San Francisco four hours into the flight. He described what the pilot told passengers: "There was a fuel problem. Apparently the plane was using more fuel than usual and they were not sure if we were going to make it all the way to Hong Kong, so they decided to go back," Figuroa said.

Flightaware.com revealed the route the plane took north over the Pacific Ocean off the Alaskan coast before turning back to SFO.

Officials said no one was injured, but passengers felt abandoned and ignored by the airline.

A translator said a group of Chinese nationals got nothing more than a $20 voucher for food, but no hotel. They're re-booked on a Sunday night flight, but a deadline for them is looming. "October 11 is the deadline for the visa, so if they stay beyond today, immigration wise it's illegal," Howard Leuang said.

The airline said it made every effort to accommodate passengers.

Officials are investigating to find out exactly what went wrong on with the flight.