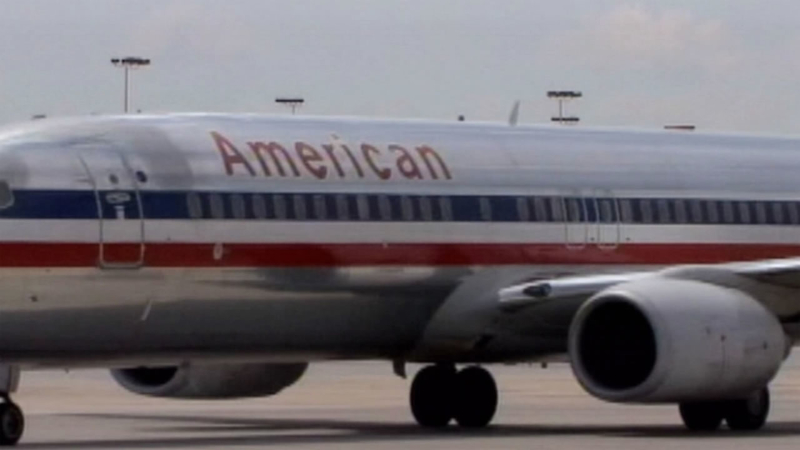 Family's vacation ruined due to American, US Air merger

SAN FRANCISCO (KGO) -- American Airlines and U.S. Airways merged recently, but their reservation systems are not entirely integrated. One family got caught in the middle and it ruined their vacation.

Rob and Ashley Mullins from San Ramon were excited to have a vacation in Caribbean this summer to celebrate Ashley's mom's 60th birthday with the entire family.

They bought six tickets on American Airlines for themselves and their four children. They would be traveling on both U.S. Air and American, which have merged, but are still operating as separate carriers.

When they got to the gate in Oakland, "they tried to scan my ticket and my three daughters' tickets, and it just wasn't coming up as valid," said Ashley Mullins.

The ticket agents asked them to step aside while the standbys boarded. As the family stood there watching, the gate shut.

"They admitted that they weren't going to be able to get us on," Rob Mullins said.

The airline offered to rebook them on a flight to the Caribbean out of San Francisco International Airport.

The six of them raced over to SFO and were able to board the flight to Phoenix where they had a 10 hour layover.

"We had to go to the hotel, wait there, basically put our kids to bed for an hour, just so they weren't up for 24 hours," Mullins said.

At midnight they woke up their kids and left for the airport.

"The two little ones were crying basically the whole way through, as we went through security," Mullins said.

Then when they got to the gate in Phoenix the ticketing agent had them step aside.

"We knew right then that there were issues again with our tickets," Ashley Mullins said.

The gate closed on them again, now it was 3 a.m. The airline told them there were no other options to get them to their family vacation besides standbys several days later. At that point the Mullins just asked for a flight home.

"They couldn't even get us home," Rob Mullins said.

So they rented a car and drove home.

They asked American Airlines to reimburse their expenses.

"We thought we would hear back in a reasonable amount of time, we didn't," Mullins said.

"The next day American Airlines then took full responsibility, admitted basically that they had made an error, that they had given us invalid tickets, that they would reimburse the money that we lost on the airline tickets," Mullins said.

The Airline refuses to reimburse the Mullins for their prepaid hotel and car. The Mullins are still out almost $10,000.
Related topics:
travelairline feebusinessu.s. airwaysairline7 on your sideconsumerconsumer concerns
Copyright © 2021 KGO-TV. All Rights Reserved.
7 ON YOUR SIDE