SF tourism up but dirty streets are causing a concern

KGO
By Melanie Woodrow
SAN FRANCISCO (KGO) -- San Francisco Travel is projecting record visitor volume and spending for 2018, but there are concerns the quality of San Francisco's streets could impact that momentum. Our beloved City by the Bay may be getting a new reputation.

"They just said that there was a lot of homeless here and that people were defecating on the streets and just to be on the lookout," explained Tammy Montgomery from Detroit.

Montgomery's co-worker warned her she might want to go on vacation with her daughter somewhere else.

"She actually didn't tell me till we got here," said her daughter Nikki Pardo.

"I just had seen the area on the way to the hotel how run down it seemed to be," Pardo continued.

Tourism is up but San Francisco Travel is aware of the power of perception.

"Obviously we want people to come here, have a positive experience, enjoy themselves, feel safe, walk down clean streets and they're feeling that's not the case," said President and CEO of SF Travel Joe D'Alessandro.

This past summer a medical association looking to book a conference in 2025 went with a different city in part because of not feeling safe on San Francisco's streets.

"That's been the only one that's related to this issue, however, if we don't get the situation better there will be more-- we know that's going to happen," said D'Alessandro.

Tourists tell ABC7 News it's the same in any big city.

"I think they're going to have tourism no matter what, but it'll shy people away from coming a second or third time," said Pardo.

A premonition that if true could cost San Francisco billions of dollars in the long run. 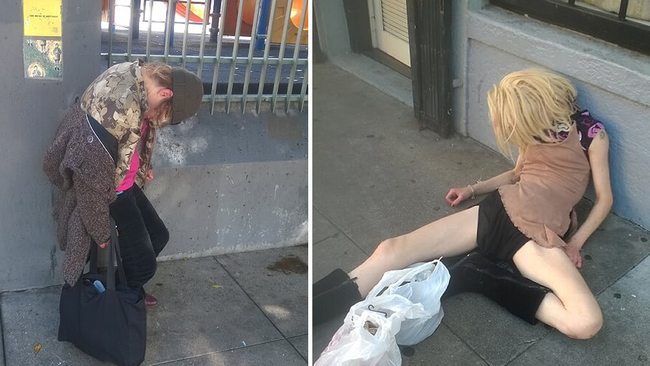