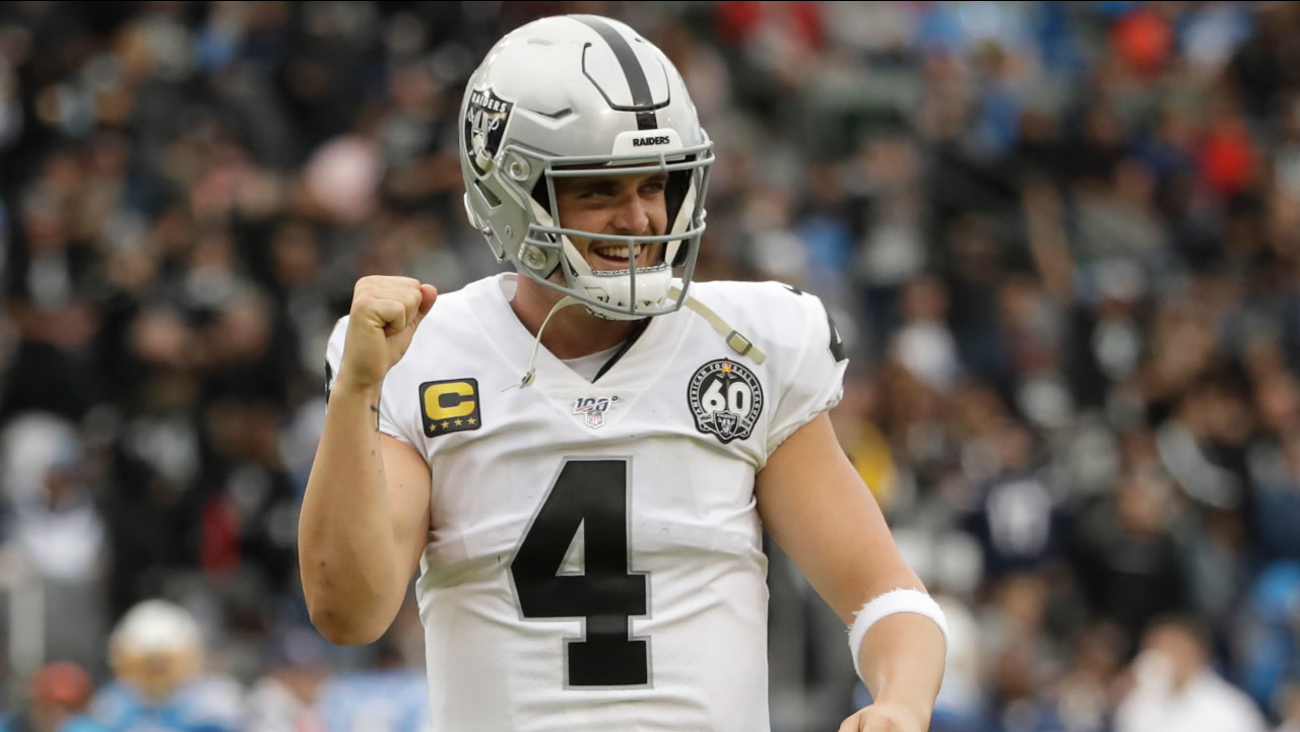 Raiders Derek Carr celebrates after a touchdown by running back DeAndre Washington during an NFL football game against the L.A. Chargers Sunday, Dec. 22, 2019, in Carson, Calif. (AP Photo/Marcio Jose Sanchez)

CARSON, Calif. (KGO) -- The Oakland Raiders beat the Los Angeles Chargers Sunday and avoided being mathematically eliminated from the playoffs.

The team was missing their star running back Josh Jacobs to a shoulder injury, but with help from the return of receiver Hunter Renfrow, the Raiders were able to get their offense going and top Philip Rivers and the Chargers 24-17.

Everything went right for Oakland today to keep them in the hunt for the Wild Card. The Titans and the Steelers lost, and the Colts won.

They'll need a lot of favors once again in Week 17, and of course have to win themselves, to make it into the post-season.

What needs to happen:

Hard as it is to believe, the Raiders have a path to the playoffs. Here’s what would have to happen in Week 17:

If those four things happen next Sunday, the Raiders make it as a wild card.

The Raiders need 10 things to happen between Week 16 and 17 to make the playoffs. They're halfway there:

The Raiders play the Broncos in Denver next Sunday at 1:25 p.m.