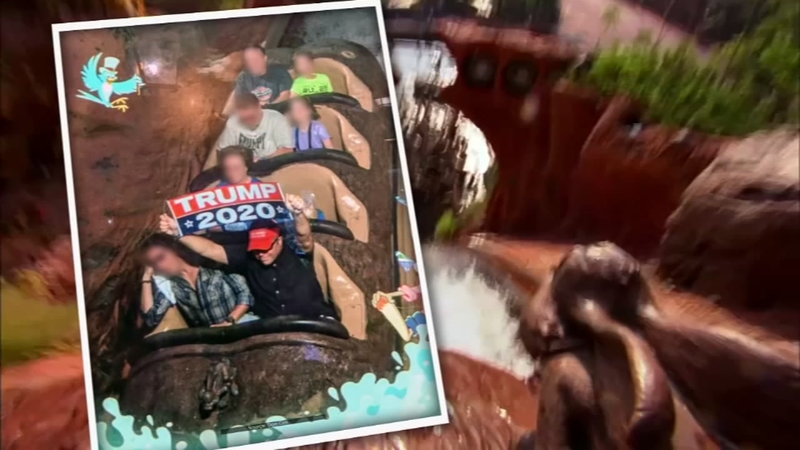 ORLANDO, Florida -- A man who was banned from Disney World several weeks ago for unfurling a giant Donald Trump banner in the Magic Kingdom has been banned again.

He said after Disney officials took away his annual pass in September, they had a change of heart and let him back in.

The picture of Don Cini's latest antics last week show him riding down Splash Mountain with a "Trump 2020" sign. On Expedition Everest, he held a "Keep America Great" sign.

"They never mentioned the fact that there was some kind of safety issue on the ride. That I was holding up a sign and I shouldn't be doing that," said Cini told WFTV.

Disney revoked his annual pass, which he says he had for 24 years.

He said Disney a few weeks ago called and said he was no longer banned and he agreed not to hang any more flags.

Disney's park rules state that, "the usage of any flag, banner or sign to incite a crowd" is prohibited.

"And I wanted to actually abide by their rules, and not hold up a flag to incite a crowd, but I kind of wanted to test them," said Cini. "I just really wanted to find out whether or not it had to do with unfurling a flag, or what was written on the flag."