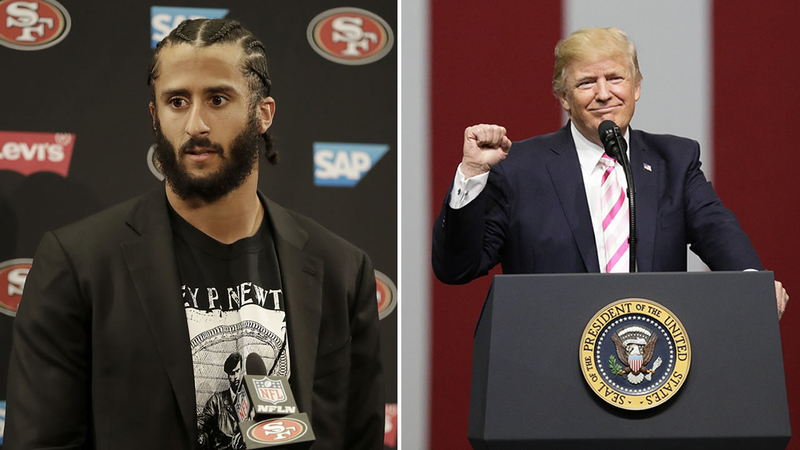 Trump takes veiled shot at Colin Kaepernick, calls him 'son of a ----' during speech

"Wouldn't you love to see one of these NFL owners -- when somebody disrespects our flag -- to say, 'Get that son of a (expletive) off the field right now, out, he's fired,'" Trump said at a rally in Alabama.

Trump went on to say that stiffer penalties are, "ruining the game."

"Today -- if you hit too hard, right, they hit too hard. Fifteen yards, throw him out of the game," Trump added.