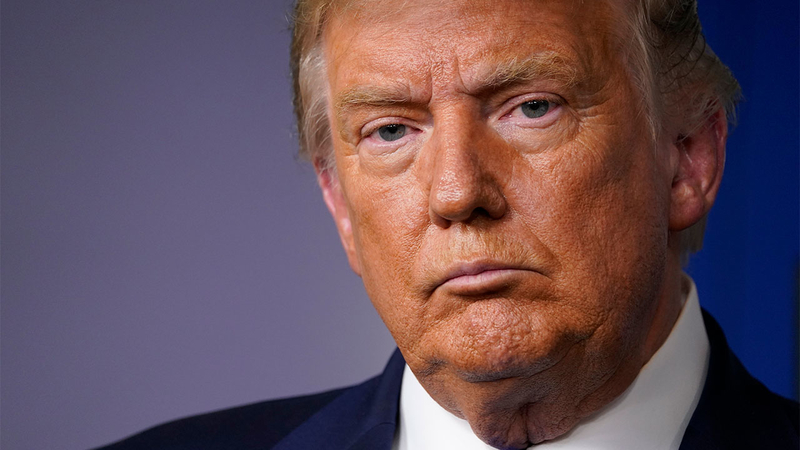 WASHINGTON -- President Donald Trump on Wednesday declined to commit to ensuring a peaceful transfer of power should he lose the upcoming presidential election to Joe Biden.

"Well, we're going to have to see what happens. You know that. I've been complaining very strongly about the ballots and the ballots are a disaster," Trump said before the reporter asking the question interjected: "I understand that. People are rioting. Do you commit to making sure that there's a peaceful transferral of power?"

He went on to stoke baseless fears of widespread voter fraud with mail-in ballots.