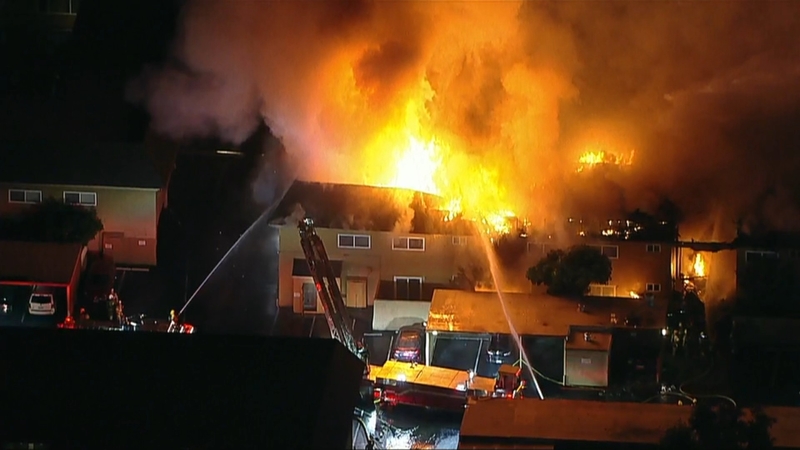 TUSTIN, Calif. -- A massive blaze at a two-story apartment complex sent plumes of smoke into the sky as more than 100 firefighters attempted to extinguish the flames early Wednesday morning.

The Orange County Fire Authority and Tustin police responded to the intersection of Williams Street and McFadden Avenue at approximately 3 a.m. as crews encountered heavy fire coming from both floors.

Firefighters went into defensive mode as a roof collapsed approximately 45 minutes after the fire erupted. At about 5 a.m., firefighters appeared to make progress on the 5-alarm blaze.

At least 100 residents were displaced and two civilians suffered apparent smoke inhalation injuries considered minor. Fire officials are still in the process of confirming if everyone in the building has been accounted for.

As many as 120 firefighters were at the scene as the fire rapidly grew in size, possibly affecting up to 100 apartments.

No police officers or firefighters were hurt in the incident.

It was not immediately known what sparked the blaze.