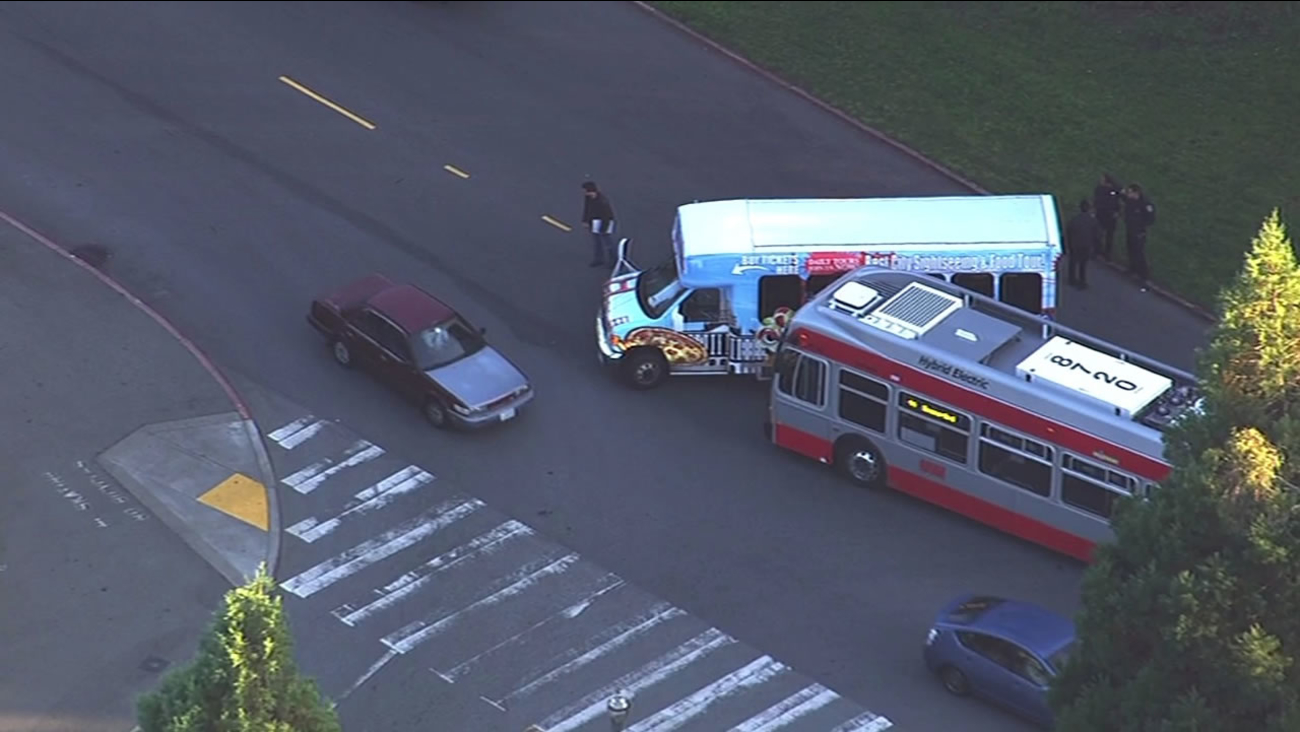 The collision was reported around 5:30 p.m. at Martin Luther King Jr. and Music Concourse drives, the spokeswoman said.

Both people suffered minor injuries and one of them was transported to a hospital, she said.